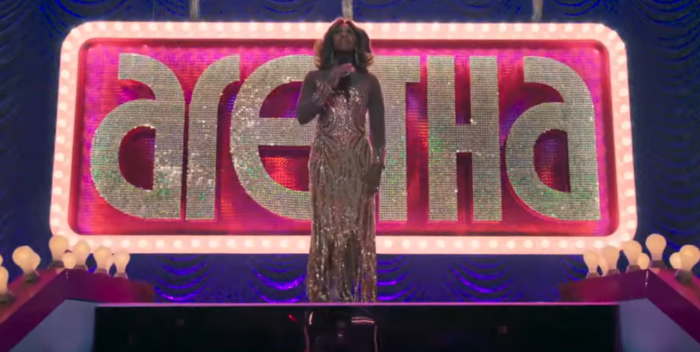 National Geographic’s 8 part “Genius Aretha” special launches on March 21st with a reported Emmy worthy knockout performance by Cynthia Erivo. The series is said to be “dazzling” and nevertheless serious about civil rights issues from the 60s.

But if we’re looking for “Respect,” we won’t be hearing it in “Genius.”

I’m told that miniseries is light on early Aretha hits from the 60s like “Respect” and “Think” and even “Natural Woman.” That’s because they were scooped up early for the Jennifer Hudson biopic coming in August from MGM.

Instead, “Genius” will be heavy on Aretha’s 80s hits like “Freeway of Love,” “Jump to It,” and “Who’s Zoomin’ Who.” We may also get to hear Erivo perform Aretha’s version of “Nessum Dorma.” Rights to Puccini are open to everyone.

But since the Hudson movie is called “Respect,” they got that iconic Otis Redding song. “Genius” will feature Erivo singing “Don’t Play That Song for Me,” written by Atlantic Records chief Ahmet Ertegun, as well as “I Never Loved  a Man (The Way I Love You)” and “Son of a Preacher Man,” and “Chain of Fools” as well as Sam Cooke’s “A Change is Gonna Come.”

Insiders are raving about 14 year old Shaian Jordan, by the way, who they say steals the series as Young Aretha.

PS Someone at Nat Geo should take a few minutes and fix their IMDB pages. The three “Genius” series– about Einstein, Picasso, and Franklin– all run together as if they’re one show from 2017. No “Genius” in that.