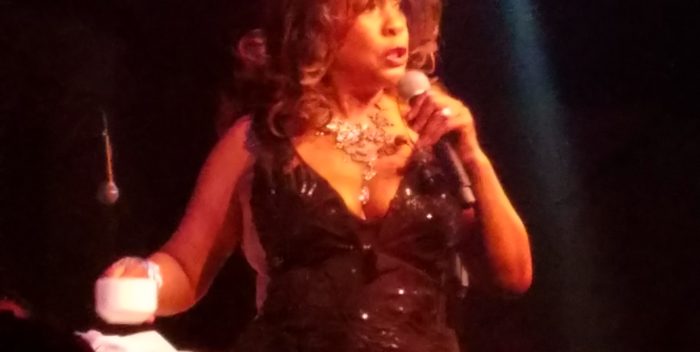 UPDATE 2/9: LOL. This is the Supremes album now at number 7 on iTunes as a consequence of Mary’s passing. So Mary has gotten the last laugh. Her voice is heard more clearly than ever on this remix, the way it was supposed to be.

I first published this in 2004. If you’re interested, “Diana Ross and the Supremes Number Ones” is still available 16 years later on Amazon as a CD, download or on streaming. The Spotify stream follows below. As Universal engineer Suha Gur told me then, this was the real mix of the Supremes where you could actually hear Mary Wilson and Florence Ballard. Over the year, Diana Ross’s voice had wiped out her comrades. This is such a pleasure. Before it’s lost to history, take a listen. I wish oldies stations used these tracks.

One note: in the streaming version, it’s just the first 13 tracks. From then on, starting with “Someday We’ll Be Together,” Mary and Florence are not on the recordings. For that song, Diana recorded her final Supremes song with other singers behind the backs of her friends. “Stoned Love” is with Mary, but not Diana. The other songs pinned to this collection were Diana Ross solo hits.

On a new Supremes greatest-hits CD issued by Universal Music, Diana Ross’s
lead vocals have been mixed in with those of Mary Wilson and
Florence Ballard, the two other Supremes, giving the latter two
women their first due in 40 years.

Universal, which owns Motown’s catalog, makes no mention of the
substantial change in the liner notes for “Supremes Number Ones.”
But the new edition, released in time for the Motown 45th
anniversary in May, is supposed to replace all previous versions of
Supremes greatest-hits packages for new generations of buyers.

On previous editions, and in all the “classic” versions, Ross’ voice
was always mixed much farther forward than Wilson’s and Ballard’s.
The result was that the other women’s voices were sometimes not
heard clearly. But now, on songs like “Reflections” and “Where Did
Our Love Go?” the other two original Supremes sound, well, Supreme.

Universal engineer Suha Gur, in taking direction from the catalog’s
producers, told me he wanted to improve the sound of previous
releases.

“I kept saying, ‘Why didn’t they do this in the first place?'” Gur
said yesterday. “When we put them up and heard what the tracks
sounded like.”

Gur used the master tapes from Motown, which were multi-tracks with
Ross’ voice often on different tapes than Wilson’s and Ballard’s.
The vocals were all separated from the instrumentals, which gave him
a lot of latitude in moving things around.

“Some people can’t stand it because they weren’t the original
versions,” Gur said. “A small percentage of hardcore fans have
complained.”

Gur, by the way, reports to two producers, who instructed him to
improve the old records’ sound.

But I can tell you, this is one of the few times you should go out
and re-buy an album. Hearing Wilson and Ballard clearly shows they
were not just Ross’ backup singers, and that the Supremes were very
much a group dependent on three voices.

And no, so far no one at Universal Mastering has heard from Miss
Ross on this subject. But give her time.