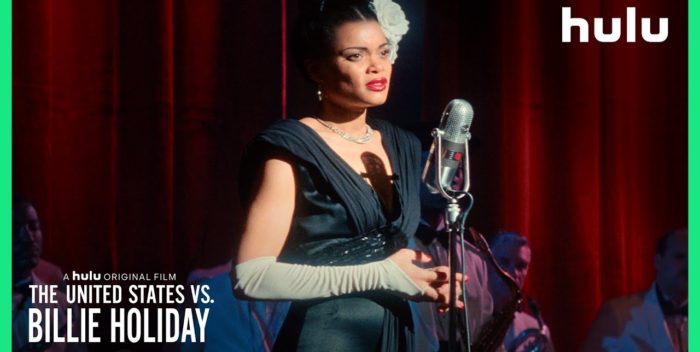 Andra Day is about to become an overnight sensation after a decade, at least, making beautiful music as a jazz and R&B singer. Isn’t that what always happens?

She’s releasing a new single today called “Tigress and Tweed,” which she wrote and recorded for the end credits to the movie she’s starring in, “The United States vs. Billie Holiday.” The video is below.

There are more opportunities on YouTube to hear Andra sing as Billie Holiday but I’d wait to see the movie and this extraordinary performance. It is her first ever movie and she is brave, brave, brave in that there is abundant nudity. In a Robert DeNiro or Meryl Streep way, Andra threw herself into this film. She absorbs Lady Day.

“Billie Holiday” doesn’t open for another couple of weeks on Hulu etc. so why is Andra taking the time to talk to us? She’s a big part of The Celebration of Black Cinema which will take place, virtually, on Tuesday, February 2, 2021 hosted by Bevy Smith. This will be the Third Annual Celebration of Black Cinema presented by the Critics Choice Association, honoring some of the most visionary films, actors, producers, and directors and their ongoing commitment to telling Black stories on film.

The virtual event is invitation-only, but the ceremony will be aired in a special presentation on KTLA in Los Angeles on Saturday, February 6, 2021.

Presented by the Critics Choice Awards, I do hope major market stations air this show. It’s too important.