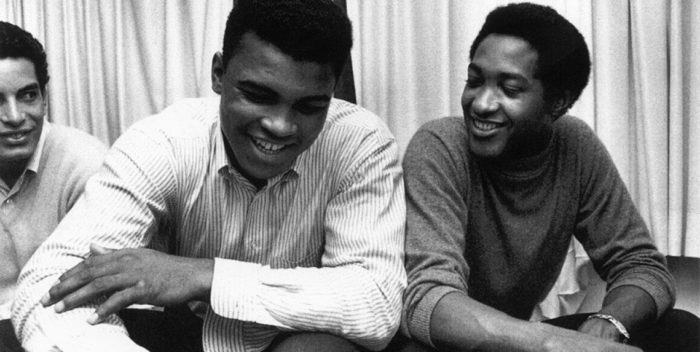 The awards haven’t even started coming yet, but “One Night in Miami” is doing a lot of one of its characters.

Cooke is played by Leslie Odom, Jr. who gets to sing some of Cooke’s hits. The movie is produced by ABKCO Records, founded by Allen Klein. His son, Jody, runs the company now and had this great idea to feature Cooke’s music in a film since ABKCO has owned the rights for decades. (They also have the Rolling Stones catalog from the 60s, among other hits.)

The idea is paying off. Since January 1st, Sam Cooke’s music had had 20 million streams. In actual sales, it’s only 3,000 CDs and downloads so far. But including streaming, sales are a total of 15,000. This is amazing and wonderful since Cooke, who was killed at the end of 1964 — the movie takes place in February 1964 —  at age 33, deserves to be popular forever.

The top selling track according to Buzz Angle is “A Change is Gonna Come,” which Odom sings in an abbreviated version at the end of the film. Runner up is Cooke’s famous duet with Lou Rawls, “Bring it On Home to Me.” But the Cooke catalog is full of hits and endless, from “Cupid” to “Another Saturday Night” to “Chain Gang,” “You Send Me,” and “What Wonderful World it Would Be.”

Exciting! Now we need a Sam Cooke movie, and why not Leslie Odom Jr in that, too? Odom sings the songs in this movie, and there’s a new CD soundtrack of all his terrific performances. But the story of Sam and the Cooke family needs to be on screen! And next time, we’ll hear Cooke’s beautiful, lilting voice.