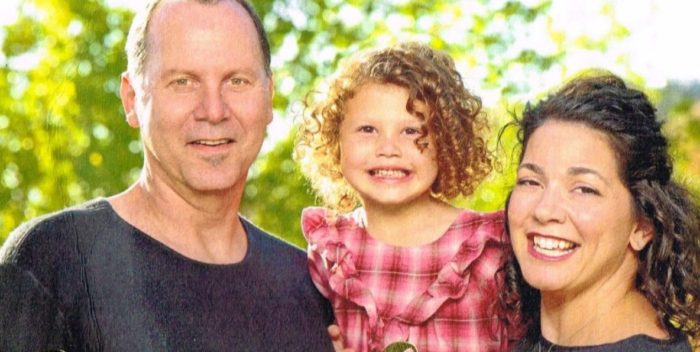 This is the official obit for Terry Lippman, who died, tragically, from ALS, on January 8th. My condolences to his wife, Danielle, and brother, Michael, and all his friends who supported him. Years ago, Terry had a group called Bottlefly, and they released two albums that are on Spotify. I always loved this music, so I’m putting links to it below.

Terry Albert Lippman, who helped discover artists such as Rob Thomas and Matchbox 20, passed away peacefully on January 8th, surrounded by his family and several close friends. Terry fought a valiant and courageous two-year battle with the insidious ALS Lou Gehrig’s disease. He was 66 years old. He is survived by his loving wife Danielle, his young daughter Madison, mother-in-law Norma, brother Michael, sister-in-law Nancy, nephews Nick and Josh as well as other close cousins.

Lippman, who had worked with his brother Michael in scouting and managing musical artists such as Melissa Manchester and George Michael, had retired following the birth of his daughter Madison six years ago.He was also credited in the music industry as a pioneer identifying engi-neers and producers and promoting them as artists on par with musicians.

“There are certain people along the way that without them we would be nowhere,” said Rob Thomas. “Terry Lippman was one of the most integral parts of us becoming anything at all. A great and passionate human.”

Prior to his musical management career, he was a professional soccer player with the Rochester Lancers. He had been an All-American defender in Brighton High School in Rochester, New York and also was a four-year varsity player at UCLA.Friends and teammates describe him as “in constant motion, like an antelope deftly running from one side of the field to the other swiftly heading off opposing players who dared venture into his territory. He was also an outstanding basketball player- a sharp shooting left-hander with a quick turnaround move to the basket! And you could never be with him without him putting CD’s in the car to listen to new music.”

“Even the sounds of the most heavy-metal bands that sounded like screaming jet engines were still music to his ears as he nodded gleefully at their play,” recalls another pal.

Energy, passion, enthusiasm, excitement – these words aptly describe Terry and his approach to life. He was often described as a true renaissance man. Once Terry’s daughter, Madison was born his outlook on life completely changed. He became a stay-at-home dad while his wife, Danielle Todd, worked as the Director of Property Operations for the Beverly Hilton.

Lippman would talk of his joy savoring time with his daughter and became very heavily involved in school programming -playing his music and some original songs that he sang with Madison and friends.

When Terry’s affliction with ALS became more difficult and harder to handle, his wife Danielle devoted herself to his full-time care until his death. Early in 2020 a core group of Terry’s closest friends from Brighton and Los Angeles came together and vowed to spend parts of the weekend with him to provide some measure of aid and comfort. Following that, as the pandemic grew, and it was no longer feasible to visit in person, these friends began a weekly zoom call they referred to as a “Virtual Hang out with T.”

There’s no doubt this regular connection with friends and family in the outside world helped sustain Terry, Danielle and Madison through a most difficult and trying period.Please send any contributions that will directly help Danielle and Madison to the GoFundMe.com page in Terry’s name, which is named: Support Terry Lippman and Family in ALS struggle.