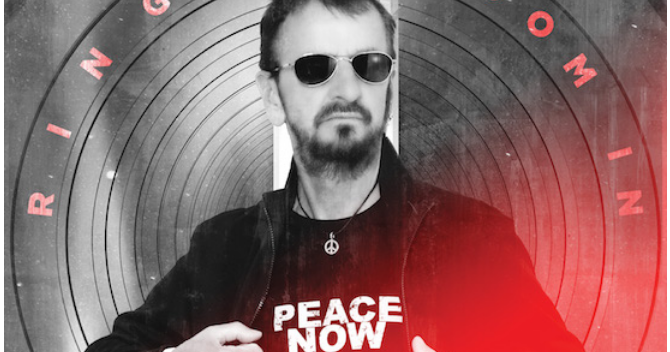 Ringo Starr has gotten together a crowd of his friends to record a special single written by Diane Warren.

“Here’s to the Nights” features Paul McCartney, Joe Walsh, Sheryl Crow, Finneas (you know, Billie Eilish’s brother), Steve Lukather from Toto, Lenny Kravitz and Dave Grohl among others to record the single, the first track off a new EP. Ringo also has a big new gift book coming to celebrate 30 years of his All Starr Band tours.

I can tell you a little secret: Mick Jagger was supposed to participate, but couldn’t at the last minute. With that crowd, he won’t be missed!

“When Diane presented this song to me I loved the sentiment of it,” Ringo says in a statement. “This is the kind of song we all want to sing along to, and it was so great how many wonderful musicians joined in. I wanted it out in time for New Years because it feels like a good song to end a tough year on. So here’s to the nights we won’t remember and the friends we won’t forget – and I am wishing everyone peace and love for 2021.”

The song is the lead single from his forthcoming EP, cleverly titled “Zoom In,” which was recorded at Ringo’s home studio between April and October 2020. For this EP, Starr collaborated with songwriters and producers including Jeff Zobar who penned the title track, “Zoom In, Zoom Out” during the pandemic, and features Robbie Krieger on guitar; and “Not Enough Love In the World” which was written by long time All Starr member Steve Lukather and Joseph Williams.
Taking every precaution, Ringo invited only a few musicians at various times to his home studio to record the music. Joining Starr were musicians Nathan East (bass), Steve Lukather (guitar), Bruce Sugar (synth guitar), Benmont Tench (piano), Charlie Bisharat (violin), Jacob Braun (cello), and Jim Cox (string arrangements and synth strings).
All the proceeds from the book, “Ringo Rocks: 30 Years of the All Starrs,” will go to the Lotos Foundation. The book is on sale online exclusively for $39.99 beginning today at juliensauctions.com.

The official video comes Friday but here’s a preview: