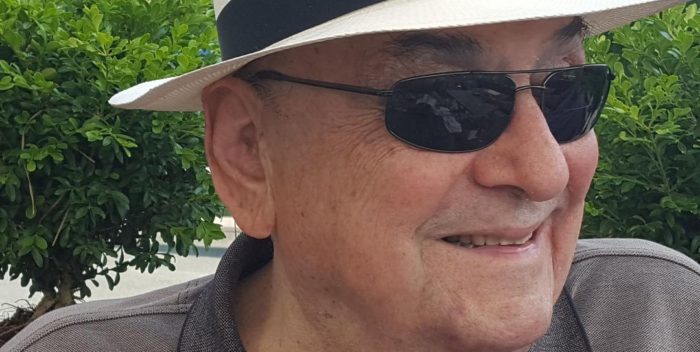 I’ve had to write a lot of obituaries this year, many personal and taken to heart. This is the one I dreaded the most. My father, Arthur Friedman, died overnight from COVID-related issues. He was the biggest star I ever knew, a superstar, more of a Superman than any DC character. He was 88, and had battled back from a bad stroke exactly 14 years ago. He was a warrior. In the last few years he suffered from a condition called Myasthenia Gravis, a neuro-muscular disease, and would not give up. He approached these things with humor and good cheer always, even when I thought it was impossible. He was  best friend and comrade in arms.

Arthur Friedman was a highly respected attorney, famous in Fairfield County, a community leader, a politician. His professional credits included building the suburban town of Trumbull, Connecticut serving as Town Attorney from 1961-73. He was also president of the Greater Bridgeport Bar Association. He and my mother were one of a handful of young couples who founded our local synagogue in 1959 in a church basement, and built it into an important religious institution. For years he ran his uncles’ law firm Friedman & Friedman, and then launched his own hugely successful firm, Friedman Mellitz & Newman in 1974 through 2006.

If you want to blame Showbiz411.com on someone, it all traces back to my dad. When I was in sixth grade I started producing a monthly newspaper that he took to an offset printer and paid for and helped me distribute. In high school, when the new faculty adviser for the school paper refused to have me or any student edit the paper, I started my own. Again, he encouraged it, and helped with the printing and advertising. He defended me to the school when they didn’t want the new paper, which by the way went on to win Columbia University’s highest prize, Medalist, for student newspapers.  He always said to me I would have to love whatever field I chose in life. I do, and it’s because of him.

But his personal accomplishments were being the most tremendous father, husband, brother, son, nephew, son-in-law and grandfather. Married to my mother for 64 very happy years, he reveled in his family and we loved him beyond description. Born in the Bronx, he lived for the Yankees, and golf, and chocolate ice cream. A Republican when they were moderate, he left the party after Nixon and became a registered Democrat. He feared, in the last year, for our country. He happily voted for Joe Biden and was relieved when he won. He was my anchor in life, and for our whole family. I will miss him forever.

No other stories today. That was the lede.