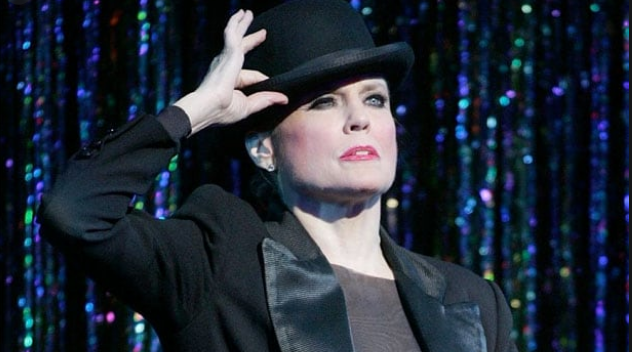 As you may have read, the great Ann Reinking died today at age 71. The Tony winning choreographer of “Chicago” and star of the movie, “All That Jazz,” Bob Fosse’s muse was a major presence in dance and theater. She was nominated three other times for Tony Awards, twice as an actress and once more as a choreographer.

Ann Reinking was so in demand after “All That Jazz” in 1979 there was a considerable effort to launch a movie career apart from Fosse. She starred with Dudley Moore — then the IT guy of the moment — in 1984’s “Micki and Maude,” directed by no less than Blake Edwards and also starring Amy Irving.

She was married four times, never to Fosse but for most of the 1980s to financier Herb Allen. They were an in-demand media couple, appearing in tabloid gossip columns on a daily basis.

But mostly Ann was beloved in the theater world, and everywhere else.

“The world and our family have lost a vibrant, amazing talent and beautiful soul. Ann was the heart of our family and the life of the party,” her family said in a statement on Monday. “She was visiting our brother in Washington state when she went to sleep and never woke up. We will miss her more than we can say. Heaven has the best choreographer available now. I’m sure they are dancing up a storm up there! Annie, we will love and miss you always!!!”