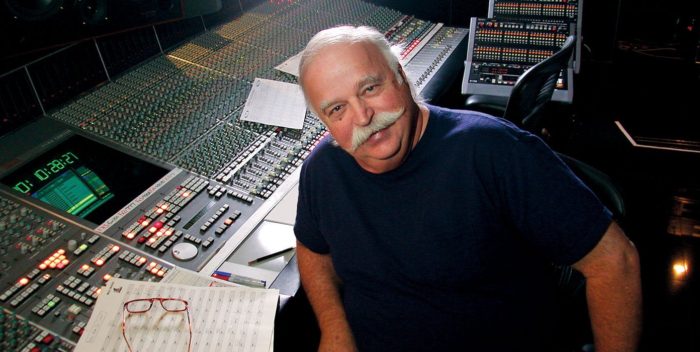 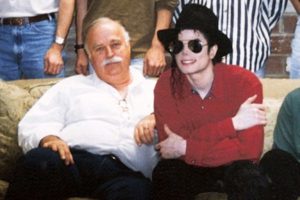 I am really sorry to hear the news that Bruce Swedien has died at age 86 from COVID. He was a brilliant recording engineer, the man who made those Michael Jackson-Quincy Jones hits happen. He was also a good friend to me when I was writing about Michael, especially right after Michael died and there was wild speculation about what was unreleased.

Condolences to Bruce’s friends and family and fans, and there were many.

Siedah Garrett, who wrote “Man in the Mirror,” and sang “I Just Can’t Stop Loving You” with Michael on the “Bad” album, wrote on Twitter: “No words to express how sad I am at losing my dear friend Bruce Swedien, who has been with me from the beginning of my career. Sending love, prayers & condolences to wife Bea, daughter Roberta, and to his fans around the world. Brucie, you will never, ever be gone from our hearts”

From 1956 through around 1970, Bruce worked mostly in jazz, with the likes of Art Blakey, Dinah Washington, Ramsey Lewis, and on Buddy Miles’s classic “Them Changes.” He was in the production booth for Muddy Waters, all those incredible The Chi-Lites records, Eddie Harris, and engineer for Natalie Cole’s breakthrough album, “Inseparable.” It’s Bruce’s name on Tyrone Davis’s monster hit. “Turn Back the Hands of Time.” 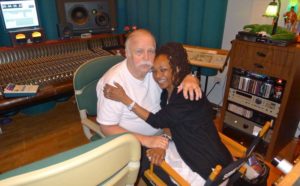 He started working with Quincy Jones in 1977 on the “Roots” TV soundtrack. With Michael Jackson was involved in “The Wiz” soundtrack in ’78, and 1979 brought “Off the Wall.” For most of the next 20 years or so, Bruce was wrapped with Michael, with Quincy’s other projects, Patti Austin, James Ingram, George Benson, and all their hits. (“Give Me the Night” by George Benson, one of many outstanding records.)

Bruce’s talent lay in his sonics, the way he could make even a funk record sound warm. Those Michael Jackson songs people will dance to hearing just the opening, like “Don’t Stop Til You Get Enough” or “Wanna Be Starting Something,” somehow Bruce knew the magic ingredients. Working with Quincy Jones, they found a groove no one else had ever used, and every one felt deep in their souls.

I am so sorry this is the way things ended for Bruce. In  June 2009, he and Frank DiLeo were the only ones I could turn to on a daily basis who knew anything true about Michael’s work life. There was so much misinformation and garbage being floated in every tabloid. I would always go back to Bruce and ask, Are you sure about this? or that? He was. He was just incredibly helpful during a difficult time and I will never forget that.

Quincy Jones writes on Facebook: “I am absolutely devastated to learn the news that we lost my dear brother-in-arms, the legendary Bruce Swedien. There are not enough words to express how much Bruce meant to me…He was without question the absolute best engineer in the business, & for more than 70 years I wouldn’t even think about going into a recording session unless I knew Bruce was behind the board. Along with the late great Rod Temperton, we reached heights that we could have never imagined & made history together. I have always said it’s no accident that more than four decades later no matter where I go in the world, in every club, like clockwork at the witching hour you hear “Billie Jean,” “Beat It,” “Wanna Be Starting Something,” & “Thriller.” That was the sonic genius of Bruce Swedien, & to this day I can hear artists trying to replicate him. I’m going to miss your presence every single day “Svensk”, but I will cherish every moment we shared together laughin’, lovin’, livin’, & givin’…Rest In Peace my brother.”

Everyone will feature Michael Jackson records in their tributes. Let me make my tribute to Bruce Swedien Natalie Cole’s “This Will Be,” a record for all time.