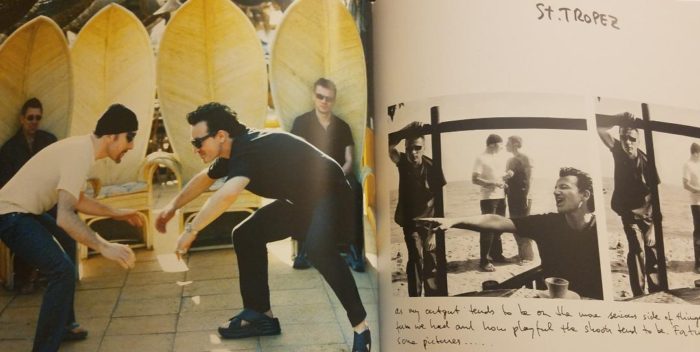 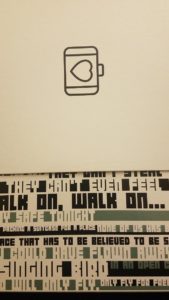 2000: someone tells me it was 20 years ago, so I must have been 7 or 8 when I received the U2 album, “All That You Can’t Leave Behind.” No seriously, it was October 30th of that year, and the word was this U2 album, the first since 1997’s kind of disappointing “Pop,” produced by Brian Eno and Daniel Lanois, was just going to be a like top 40 jukebox. Bono said in interviews that they attempted to make 12 hit singles. “Beautiful Day” was already on the radio, and so catchy it seemed impossible. But U2, then 23 years old (first album 1977) was back with a vengeance.

Now I’m awash in the 30th anniversary box set for “All That You Can’t Leave Behind.” Generally, I’m not good with box sets. I don’t need all the stuff that comes in them. But this time, I’m happy with the CD only set. The box comes with a gorgeous Anton Corbijn book of photos, a cool poster, a tri-fold package with 5CDs and another book of lyrics and credits.

U2 is my guilty pleasure. Those 5CDs are my current obsession. You get the original album remastered, two pristinely remastered concert CDs from Boston, very cool remixes of the original songs, and my favorite thing in every box set– the B sides, demos, and alternate takes. In every good box set this is what we’re after. In this case we get 9 tracks including songs that weird U2 fanatics know like “Stateless,” “Love You Like Mad,” “Big Girls Are Best,” and “Flower Child.” The whole disc could be its own freestanding album and it’s better than anything out right now. It’s going into my car CD player with the similar McCartney CD from “Flaming Pie” and the one from “Sticky Fingers” with Eric Clapton on “Brown Sugar.” 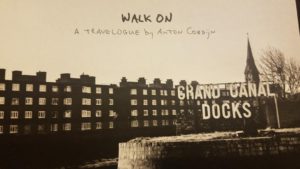 But you know, the box set rests on the original album, gorgeously remastered and sounding even more shiny and crunchy than it did 30 years ago. After “Beautiful Day” you get “Stuck in a Moment You Can’t Get Out of It,” an anthem for the ages. “Elevation” is the perfect 3rd track: it sounds like a hit single, you’re on your feet dancing to it. “Walk On,” in fourth place, became a standard and showed that Bono was connecting the dots from his previous trip down this aisle, “One.” The album proceeds from there into its all-time hood with “Kite,” and the soaring “When I Look at the World.”

What Bono, Edge, Larry, and Adam pulled off here was focus. They’re still punks, the songs still rock, the underpinnings are dizzying combinations of guitars, bass, and drums. But everything is tight, there’s no fat, and you feel like it just came to them in a flash. (That always means a lot of work went into it.) You don’t see the seams. And then the added bonus of the live Boston show, so well produced in the first place that when they do “Stay (Forever)” — one of the greats — the air in the Fleet Center crackles with anticipation.

For me U2 is the last great rock band remaining aside from the Stones. It’s because of their sonics. They are huge, all encompassing. U2 is built to reverberate. If we ever get back to stadiums, try them once. Your molecules get rearranged. And the cool thing about this box set is that they capture it. I’ll need this to get through the next 70 days.