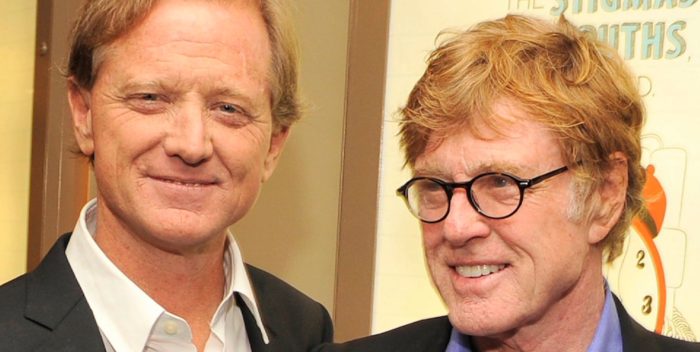 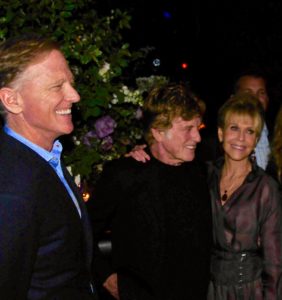 Over the weekend, Robert Redford’s oldest living child, son James Redford, has died at the age of 58. Jamie Redford was a highly regarded documentary filmmaker, producer and director of films “Resilience” and “Playing for Keeps,” and chairman of the Redford Center. Born in 1962 to Redford and his first wife, Lola Van Wagenen, Jamie leaves wife Kyle and children Dylan and Lena. His younger siblings are Amy Redford, Shauna Redford, and his older brother, the late Scott Redford, who died in infancy in 1959 from cot death, now known as sudden infant death syndrome.

Condolences to Jamie’s family and friends. There’s an outpouring of eulogies on the internet. No cause of death is given, but in 1993 Redford received two life-saving liver transplants in 1993 after a rare complication to ulcerative colitis blocked his own liver’s bile ducts. In 2010, he recalled in an interview: “I was hospitalized for internal infections and bad fevers when I was transplanted.” The first transplant didn’t work thanks to a blood clot. “After the second one everything went well and it has been smooth sailing ever since. Every once in a while I have an episode of rejection and I have to adjust my meds a little bit.”

Kyle Redford wrote on Twitter: “Jamie died today. We’re heartbroken. He lived a beautiful, impactful life & was loved by many. He will be deeply missed. As his wife of 32 yrs, I’m most grateful for the two spectacular children we raised together. I don’t know what we would’ve done w/o them over the past 2yrs.”

Jamie died today. We’re heartbroken. He lived a beautiful, impactful life & was loved by many. He will be deeply missed. As his wife of 32 yrs, I’m most grateful for the two spectacular children we raised together. I don’t know what we would’ve done w/o them over the past 2yrs. pic.twitter.com/ynDN2jSZ04

It is with broken hearts and great sadness that we share the passing of our dear friend and colleague, Jamie Redford. Jamie was a light in this world who used his time and talent to raise social issues to the forefront through world class documentary filmmaking. He provided voice to those underserved and overlooked and amplified solutions that will provide hope to many for generations to come. Those of us who worked with Jamie, know that it was an honor – a once in a lifetime opportunity – to experience his ability to create media that had a global impact and inspired change. We will forever be grateful for Jamie’s ability to lead, to create, to care with kindness, fairness and an authentic style that embodied trust and confidence. Jamie was very special to us at KPJR Films and at this time we ask that you keep Jamie and his family in your thoughts and prayers and honor his life by continuing to impact the world with positive energy and hopefulness.