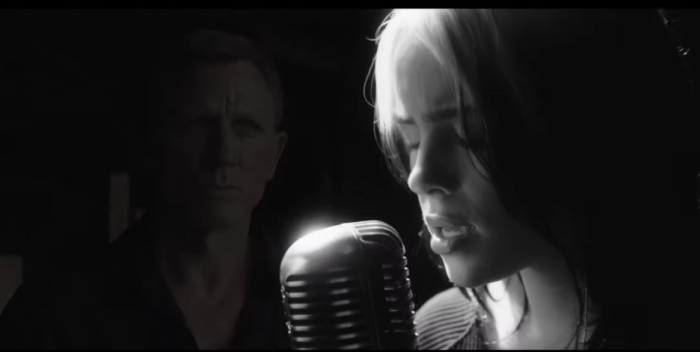 Billie Eilish’s theme song for “No Time to Die” was released in February, the thinking was the James Bond movie was coming in April. Well, that didn’t happen. The song got 57,000 paid downloads, but a total of 738,000 copies counting streaming. Now it’s back, with a video featuring Daniel Craig and friends. Will the song come back on the charts? It’s no “Live and Let Die,” that’s for sure. But it looks good here. The movie arrives November 20th wherever theaters are open.

The video was directed by Daniel Kleinman.The song is out via Darkroom/Interscope Records and was produced by Billie’s brother; fellow multi Grammy Award winning Finneas alongside Stephen Lipson, with orchestral arrangements by Hans Zimmer and Matt Dunkley, and guitar from Johnny Marr. At 18, Eilish is officially the youngest artist in history to both write and record a James Bond theme song.