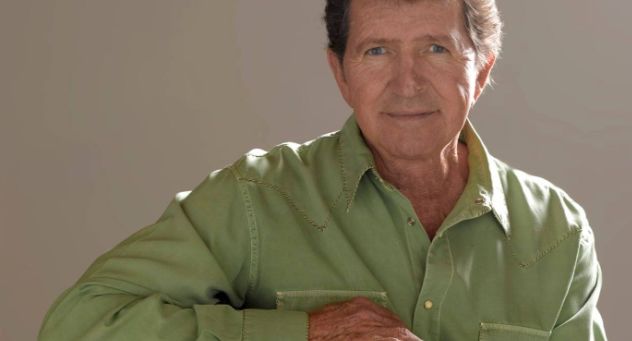 On the same day that Helen Reddy died at age 78, gone, too, is Mac Davis. They were contemporary music stars who appeared on the same shows, and ran up and down the same music charts with hit after hit in the 70s. Davis was also a huge country star and the author of hits for Elvis Presley like “In the Ghetto” and “A Little Too Much Conversation.” He wrote hits for other artists, too, including “Watching Scotty Grow” for Bobby Goldsboro and “Something’s Burning” for Kenny Rogers– who passed away last March– and his group, the First Edition. Among Mac’s hits that he kept for himself was another mega-record, “I Believe in Music.”

“Mac Davis has been my client for over 40 years, and more importantly, my best friend,” Morey said. “He was a music legend, but his most important work was that as a loving husband, father, grandfather and friend. I will miss laughing about our many adventures on the road and his insightful sense of humor.”
Well-respected by industry peers, news of Davis’ death created an immediate outpouring of love and admiration for the artist.
“Thank you, dear Lord Jesus, for letting us know the man to whom you gave the most incredible talent,” said Reba McEntire. “He entertained and spread joy to so many people. What a wonderful legacy he left all of us with his music. Mac was one of a kind. I’m so blessed to have been one of his many friends.”
“I met Mac as a young artist just starting out on my journey, when he was already a legend and a songwriting hero to me,” Kenny Chesney recalled. “He welcomed me into his home and turned that tremendous creative light on me. Even though he’d written “In the Ghetto” for Elvis and had so many incredible hits of his own, he made me feel like what I was doing mattered.
“A small-town boy who’d achieved the greatest kind of fame, he remained a good guy, a family man,” Chesney said. “That was Mac: a giant heart, quick to laugh and a bigger creative spirit. I was blessed to have it shine on me. And Mac, who was joyous, funny and created a family around him never stopped writing great songs, creating music and inspiring everyone around him. He loved his wife Lise and his kids and all kinds of people. He kept in touch, always a kind word, a new joke or a piece of song he was working on, which made him a blessing to everyone who came into his life.”