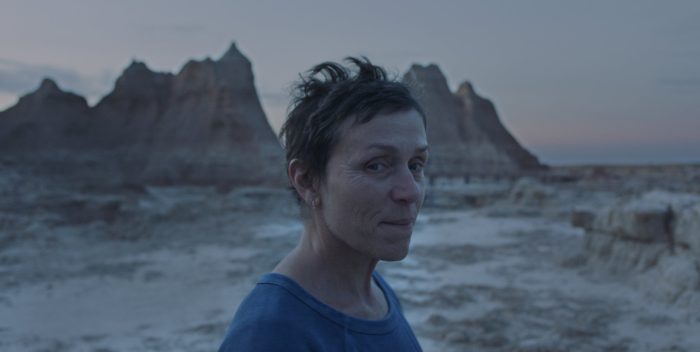 The runner up is Regina King’s “One Night in Miami.” The second runner up if “Beans” directed by Tracey Deer. This means that the top 3 movies this year were directed by women! And the other two main films were, as well.

Pop star Shawn Mendes underwrote a $10,000 prize for a Changemaker Award to “Black Bodies,” a short film by Kelly Fyffe-Marshall. Shawn gets the best advice. He’s Canadian, and this is a smart way to go. If only Justin Bieber had thought of that.

TIFF really managed to pull off this festival with great acclaim. They took a sad song and made it better! Their digital viewing room was excellent. They also introduced the likely Oscar winner.

“TIFF 2020 was a year we won’t soon forget,” said Cameron Bailey, TIFF Artistic Director and Co-Head. “Over the last 10 days, we have experienced community in the truest sense. The pandemic hit TIFF hard and we responded by going back to our original inspiration — to bring the very best in film to the broadest possible audience and transform the way people see the world through film. We heeded the urgent calls for greater representation of under-represented voices. And we watched as audiences embraced cinema’s ability to transport them through screens of all sizes by joining us online from all over this country — something that we would never have seen in previous years. TIFF delivered on its promise to provide Festival-goers and the industry with impactful programming. We are very proud of what the TIFF team accomplished.”

“The films and talent featured in this year’s Festival have left us inspired and moved,” said Joana Vicente, TIFF Executive Director and Co-Head. ”In a time where the very future of our beloved art form was in question due to cinema and production shutdowns and film festival cancellations, we have seen a tenacity of spirit. We’re heartened by the support and generosity from TIFF’s loyal sponsors, donors, members, and public audiences who encouraged us to deliver a reimagined Festival. We’re grateful for the industry delegates and press corps who championed TIFF’s decision to go ahead with the Festival. We are excited by the fact that 46% of the films screened this year were either directed, co-directed or created by women. We are inspired by the generosity of the industry, who gave their time to be present — virtually — in support of the Festival. And, finally, we are genuinely moved by the commitment of all TIFF’s stakeholders who helped us deliver the TIFF Tribute Awards to Canadian and international audiences.”