Fox News is starting a round of layoffs by firing the most vulnerable, nicest group in the building: hair and make up. When I was at Fox, this group of mostly women were the friendliest, most normal, and lowest paid at 1211 Ave of the Americas. So it’s not a surprise to see the Murdochs dump them first, and make them scramble for money.

From now on, Fox News says only on air talent will get hair and make up. Guests will have to fend for themselves. Sine most of the guests are right wing crazies who don’t have great grooming, this should make the shows so much more interesting.

“As Fox News Media has evolved into a streamlined multi-platform organization, we are realigning several functions and restructuring various divisions in order to position all of our businesses for ongoing success,” the company said in a statement Wednesday.

Total layoffs this time will be less than 100, Fox says, but we’ll see how that shakes out. No highly paid people will be affected.

Since there is no face of Fox News now, I’ve run a photo of the late Roger Ailes, who’s booking Ronald and Nancy Reagan on the Mike Douglas Show up in heaven, but not getting a table at Elaine’s. 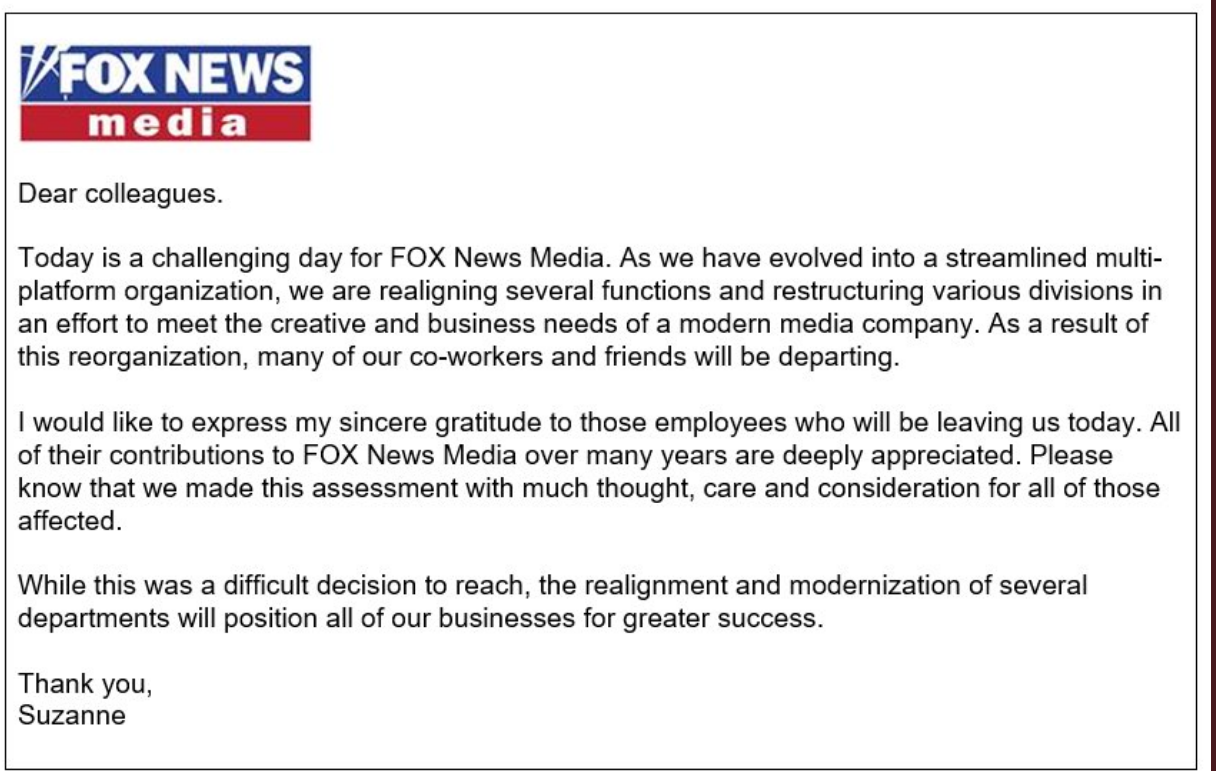