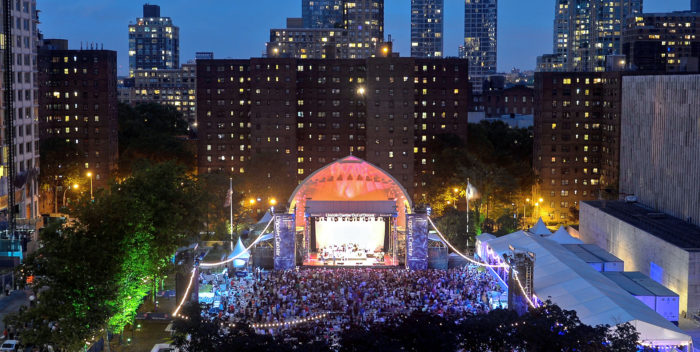 The pandemic has wrecked havoc on all film festivals. Venice is going on now, but it’s much smaller and there are no Americans present because of travel bans.

But the New York Film Festival is really having issues. Because theaters aren’t open in New York, they can’t use Alice Tully Hall or the Walter Reade Theater for screenings or premieres.

I’m told they asked to use Damrosch Park, which on the Lincoln Center campus, for outdoor screenings. But they were turned down. The city doesn’t want large gatherings, even outside. Damrosch Park was the Film Society’s one shot at getting a venue in Manhattan.

As it stands, their screenings– including premieres– will be held at drive ins in Queens and Brooklyn.

But even those will not be glamorous. There are no red carpets, parties, interviews, or any other trimmings. No big exclusive dinner for rich patrons.

The centerpiece film is “Nomadland” starring Frances McDormand. I can bet you now she won’t be at the drive-in. Maybe can zoom in on the big screen!