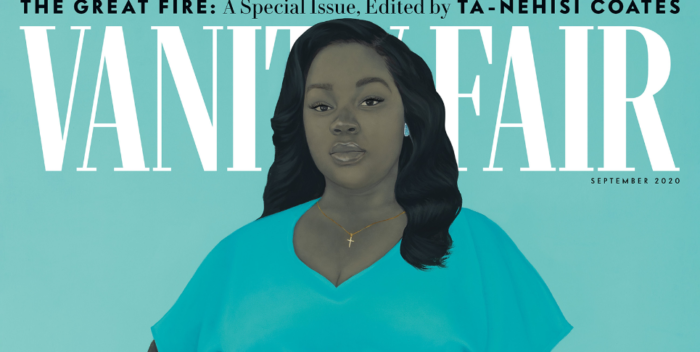 Last month, Oprah’s O Magazine put Breonna Taylor on the cover. The African American woman was murdered in her own home by police on March 13, 2020 and no one has been arrested. It was the first time Oprah herself wasn’t the cover subject. Brilliant.

Now, Vanity Fair has followed Oprah’s lead and put Taylor on their cover. Instead of a photograph of Taylor, they commissioned a painting.

Coates writes of Black Lives Matter in his searing Guest Editor’s Letter: “A thousand Eric Garners will be tolerated, so long as they are strangled to death in the shadows of the American carceral system, the most sprawling gulag known to man. And so evil does its business in the shadows…”

Last month, Oscar, Tony and Emmy winner Viola Davis — one of my favorite all time people — graced Vanity Fair’s cover. Change is here. The old Vanity Fair of Graydon Carter and Tina Brown is officially dead. Jones is declaring that and so is Conde Nast. Today we are seeing the grisly video of police shooting Jacob Blake in the back as he’s in his car with his three sons. There is no going back. No more celebrating white wealth and whim. 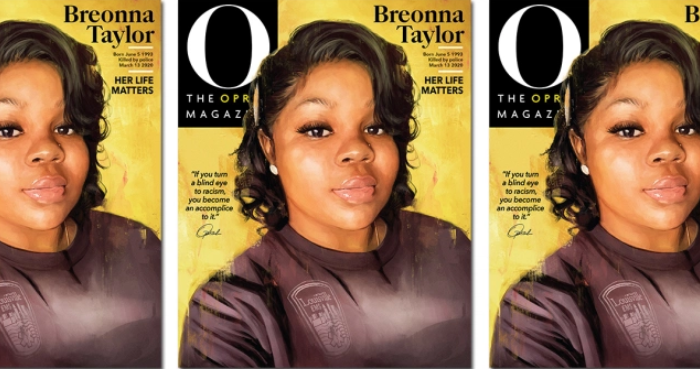