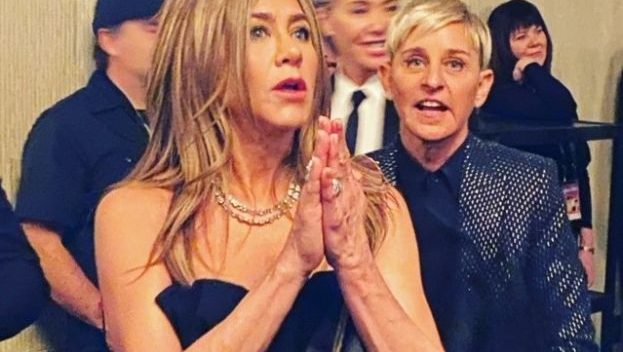 The title of this episode is “Everybody Hates Ellen.”

“Back to the Future” star Lea Thompson backed actor Brad Garrett on Twitter in his sentiments expressed about Ellen DeGeneres yesterday.

Responding to a People magazine tweet about Garrett criticizing Ellen for treating her guests badly, Thompson wrote “True story, it is.”

That makes two major Hollywood celebs who’ve come clean on their experiences with the Ellen show. Will this kick open the floodgates? Once at the top of the ratings heap, “Ellen” is now struggling as staff and ex-staff have exposed the “toxic” situation backstage.

In the process, executive producer Ed Glavin is gone. The two remaining top producers are under fire as well. The show is under and internal investigation. Buzz Feed has spoken to over 50 staffers who’ve spoken of sexual and other kinds of harassment.

But for actors who are the bread and butter of “Ellen” guests to start speaking up, that’s trouble. If Telepictures, the company that produces “Ellen,” pulls the plug– or allows DeGeneres to end the show on her own– the financial ramifications are huge. And it’s not so easy to start a new show with a new host. Most syndicated shows fail in their first season. It took a while for “Ellen” to catch on. And for her to leave in disgrace would pretty much wreck her “brand.” DeGeneres’s popular “Game of Game Shows” on NBC would likely be affected negatively as well.

Garrett, a big and popular star of “Everyone Loves Raymond,” had Tweeted: “Sorry but it comes from the top ⁦@TheEllenShow Know more than one who were treated horribly by her.⁩ Common knowledge.” That was in response to Variety Tweet about DeGeneres’s public “apology” in which she took no responsibility for the overwhelming negative accusations and anecdotes. Thompson then responded (see below).

Garrett and Thompson are respected in TV circles, and that’s what hurts. If the guests who aren’t Justin Bieber or Jennifer Aniston– who Ellen sucks up to like crazy at least on camera–won’t return to her set, “Ellen” is over. 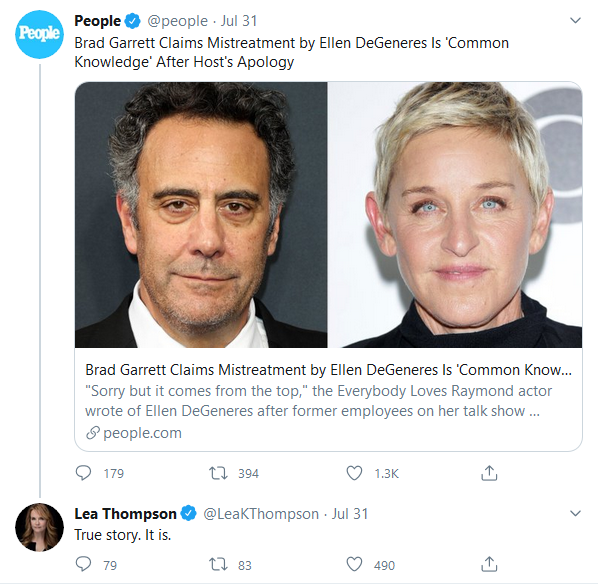