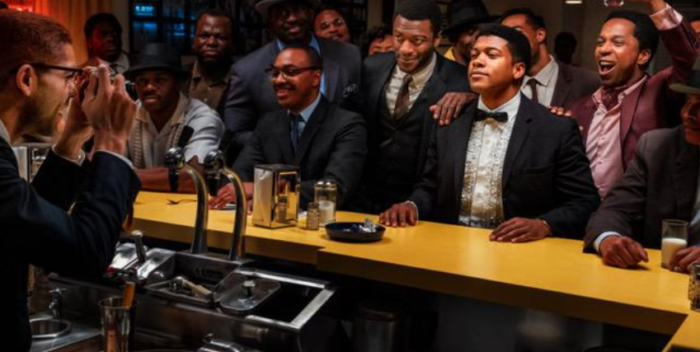 Amazon Studios is flailing. They haven’t been able to turn their well intentioned releases into hits. In the process, talented people like Ted Hope and Bob Berney have left the building.

The story: “Set on the night of February 25, 1964, the story follows a young Cassius Clay (before he became Muhammad Ali) as he emerges from the Miami Beach Convention Center the new World Heavyweight Boxing Champion. Against all odds, he defeated Sonny Liston and shocked the sports world. While crowds of people swarm Miami Beach to celebrate the match, Clay – unable to stay on the island because of Jim Crow-era segregation laws – instead spends the night at the Hampton House Motel in one of Miami’s historically black neighborhoods celebrating with three of his closest friends: activist Malcolm X, singer Sam Cooke and football star Jim Brown. The next morning, the four men emerge determined to define a new world for themselves and their people.”

Amazon Studios will point toward Oscars and other awards with a winter release. In theaters? Well, this year they don’t have to worry about that. The special rules for 2021 mean they can just put it on Amazon Prime and hope for the best. I wish them luck. All the people involved in this are top notch, and the story is famous in the black community. If we can’t get some black nominees from this film, then something is really wrong.

I look forward to the Peggy Siegal virtual Oscar lunch.

PS I look forward to that soundtrack with Sam Cooke music, from Jody Klein’s ABKCO. They always do a great job!