Taylor Swift has just dealt Kanye West a real blow. She’s surprise dropping a new album at the same time his “Donda” is supposed to be coming out. Could she have known under the Universal umbrella that Kanye was shooting for this date? Is it a coincidence or planned? Wow. This is like a death cage match!

I was wondering why Universal dropped the iTunes price for Taylor Swift’s “Lover” album this week. It suddenly shot back into the top 10. Now we know. Taylor is releasing a surprise new album tonight called “Folklore.” It comes with a video for the first single, called “Cardigan,” cinematography by three time Oscar nominee Rodrigo Prieto. Do we need an expensive new sweater on the hottest week of the summer?

Ironically, she couldn’t have planned it, this will knock Kanye West, her mortal enemy, off the headlines. Good work, Taylor!

Taylor has a lot of collaborators on the album including, of course, Jack Antonoff, and Aaron Dessner of the group The National. Their respective statements are below.

Remember: Taylor was planning for four big concerts this summer, mega shows at stadiums. But because of the pandemic she’s been stuck inside, writing and recording. According to Dessner they began in late April and it all went very quickly. It sounds like the National is very involved, too. 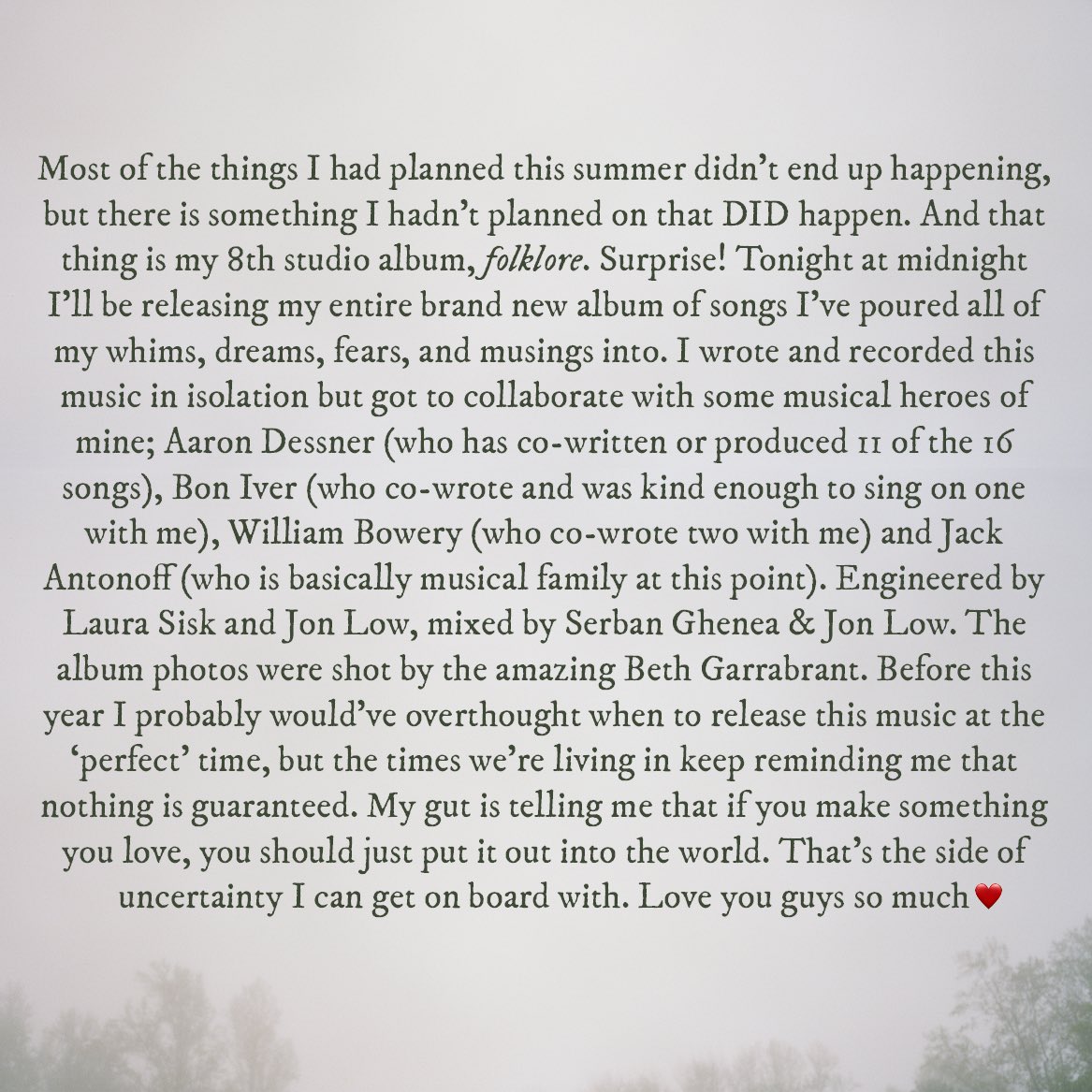 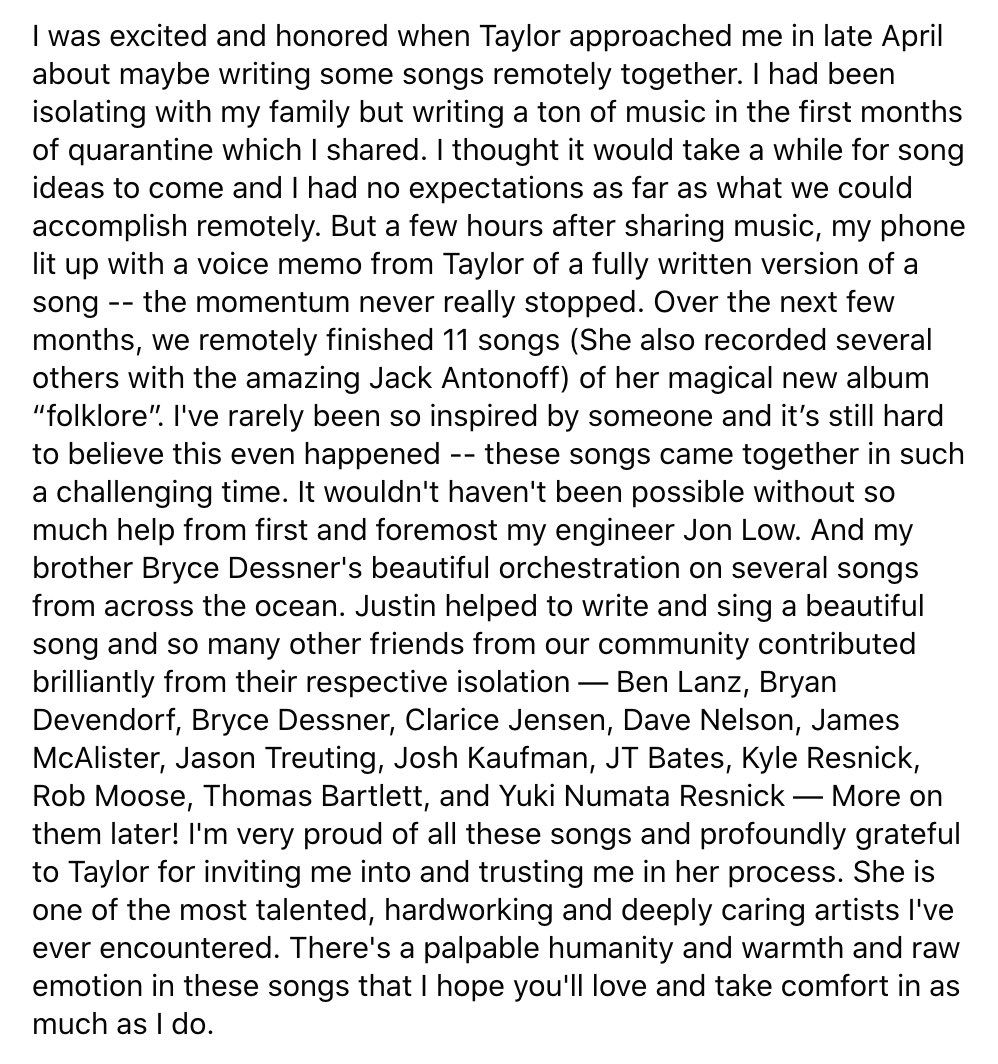