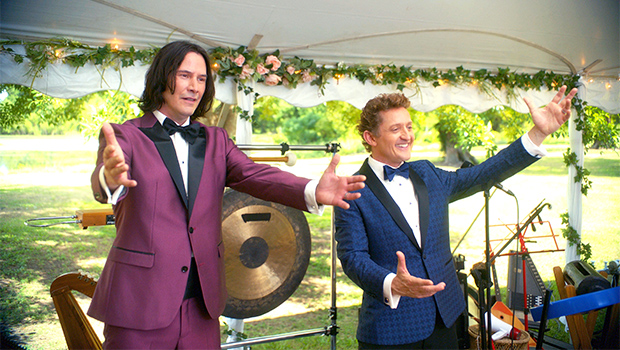 Bill and Ted have had many adventures over the years. But they will “Face the Music” on September 1st in theaters and on streaming video on demand.

The Keanu Reeves-Alex Winter comedy sequel from United Artists has set its plan in place as a result of theaters being mostly closed in major markets.

The great Holland Taylor (yay!!!!) and Saturday Night Live’s Beck Bennett are in the cast that includes Kid Cudi, of course.

The VOD part suggests another $20 ticket, but moviegoers are getting used to this. And considering movie tickets are $10, popcorn and all that comes to $20 plus maybe a babysitter, etc. if you have four people social distancing in a living room it all works out!

In the movie Bill and Ted time travel, maybe back to 2016 when we weren’t being held hostage by a mad man, or forward to 2021 when Biden is president and the pandemic is over. Sounds promising!