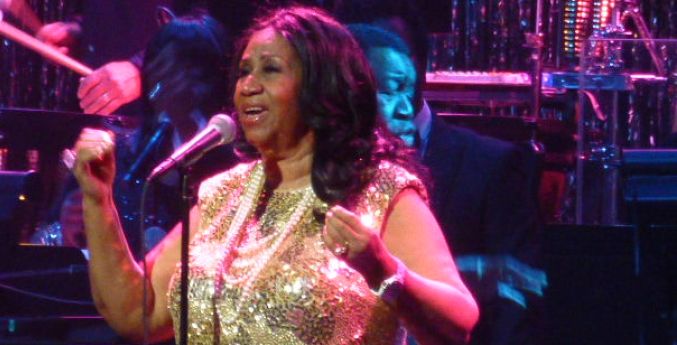 Here’s the best idea yet in movie marketing and it might be just a fluke.

Jennifer Hudson’s Aretha Franklin movie, “Respect,” has been moved from late December to January 15th, 2021. In other words, to Martin Luther King’s actual birthday and the start of a three holiday weekend.

This is because of the pandemic, but wow– what serendipity. Aretha sang and marched for Dr. King, who often stayed with the Franklins at Aretha’s father’s invitation.

I’ve been nervous about this movie– for the music but for how the story will play out. But now I feel like this is a good sign, the best, because by chance the film has been forced onto this important and magical date. From what we’ve seen in the trailer, JHud is guaranteed an Oscar nomination already. If director Liesl Tommy has got it right, with a screenplay based on Callie Khouri’s original layout. “Respect” will shape up as a major hit.

How lucky that the closed theaters forced the Academy to move the eligibility date for the Oscars to February 28th, and the broadcast to April 25th. And in the Golden Globes, “Respect” will be going up against “West Side Story” in the comedy/musical category. We have to wait for awards season, but it will be worth it!

BTW if you’re wondering, “Respect” takes Aretha through the 70s and her 1st incredible career with Atlantic Records, Ahmet Ertegun, Jerry Wexler, and Tom Dowd. One day there will be a whole second movie of her career Renaissance with Clive Davis beginning in 1980 and I’m sure it will be called “Freeway of Love.”