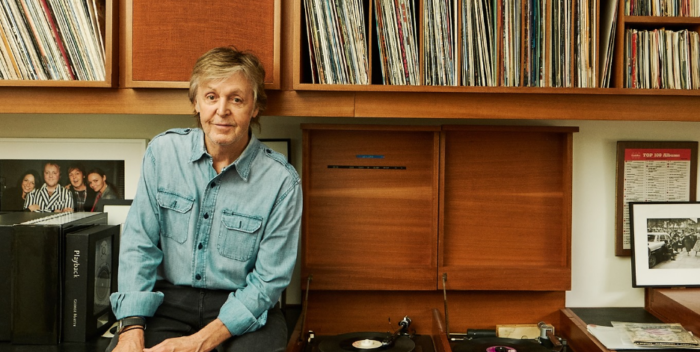 Paul McCartney recalls below how the Beatles refused to play in front of a segregated audience back in the mid 60s. On Black Lives Matter, Paul says “I feel sick and angry about what happened to George Floyd.” You may recall that Paul’s song “Blackbird” was written as a song for racial equality. The only time the Beatles had a fifth member was Billy Preston, who played on “Get Back” and sessions for “Abbey Road” and “Let it Be.” And it was 38 years ago this week that Paul topped the charts with Stevie Wonder on “Ebony and Ivory,” a song that preached equality. 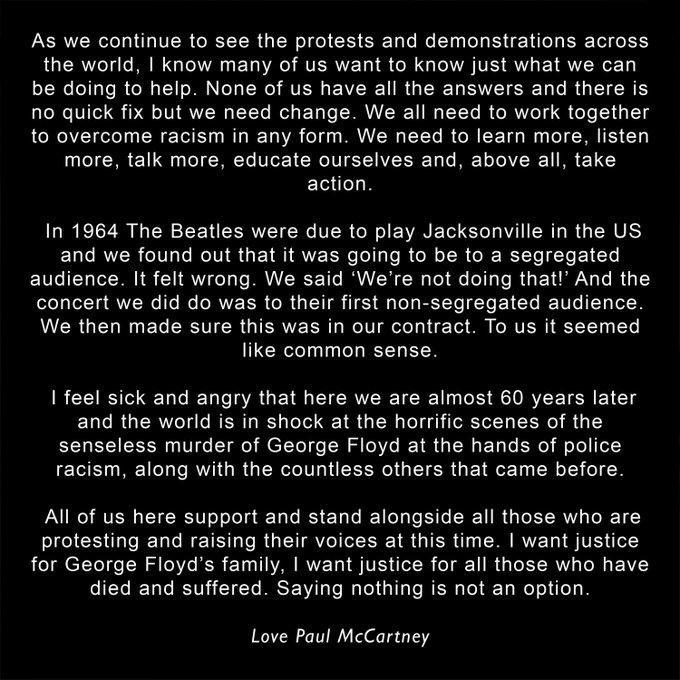