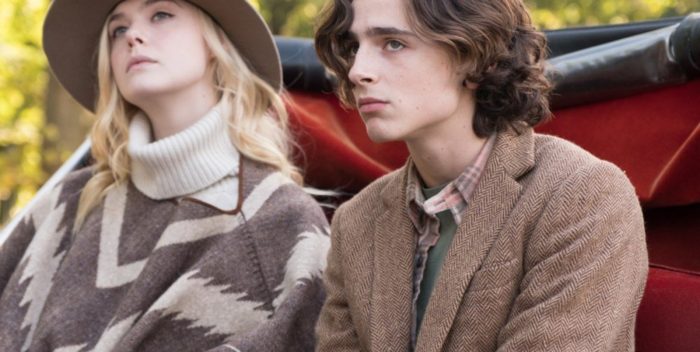 Woody Allen’s excellent comedy, “A Rainy Day in New York,” is finally going to be released in the United Kingdom and Australia.

Signature Releasing has picked up the comedy starring Timothee Chalamet, Elle Fanning, and Selena Gomez. They will make it available on all platforms beginning June 5th.

“Rainy Day” has made $21 million in foreign release so far. Signature would have gotten it into theaters, but that’s not possible right now, so they’re forging ahead.

We can only hope a US distributor is smart enough to pick this film up soon. As I wrote in my review last August, it’s hilarious and charming, with strong performances from that main trio and a knockout cameo from Cherry Jones.