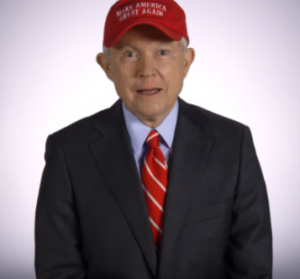 Earlier today Donald Trump, petty president, attacked his former Attorney General Jeff Sessions on Twitter. Sessions is running for the GOP Senate nomination in Alabama in a run off against someone named Tommy Tuberville. Trump wrote: “3 years ago, after Jeff Sessions recused himself, the Fraudulent Mueller Scam began. Alabama, do not trust Jeff Sessions. He let our Country down. That’s why I endorsed Coach Tommy Tuberville (@TTuberville), the true supporter of our #MAGA agenda!”

Now Sessions, so well portrayed by Kate McKinnon on “Saturday Night Live,” has responded: “Look, I know your anger, but recusal was required by law. I did my duty & you’re damn fortunate I did. It protected the rule of law & resulted in your exoneration. Your personal feelings don’t dictate who Alabama picks as their senator, the people of Alabama do.”

Republicans are crazy but really, this is over the top. That this sort of thing is now going in public and is REAL, not a satire or parody, is just INSANE. Sessions was a bad guy before the Trump administration. But we could live with that. Trump has tainted everyone, infected the common discourse, to this point.

Will it go round in circles? I hope so. To be continued… 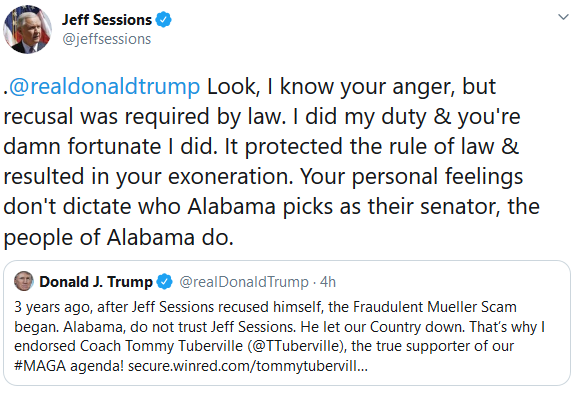