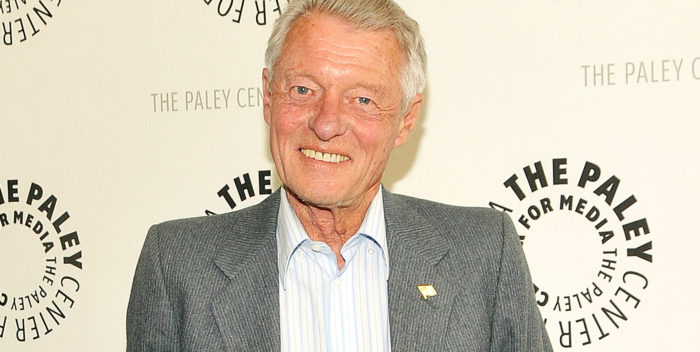 Ken Osmond has died. The 76 year old actor was famous for playing the suck up teen Eddie Haskell on the TV classic “Leave it to Beaver.”

“He was an incredibly kind and wonderful father,” Osmond’s son Eric said in a statement. “He had his family gathered around him when he passed. He was loved and will be very missed.”

The show ran for 234 episodes over six seasons from 1957 to 1963. Eddie was sort of like the Fonz of the show, although he wasn’t cool. He just thought he was. He often got his pals, brothers Beaver and Wally, into trouble. Then they’d have to apologize to their parents for being led astray.

Osmond went on to appear in many TV series as a guest star. He joined the LAPD in 1970 and grew a mustache to be less recognizable. In 1980, Osmond was shot in a chase with a suspected car thief, though he was saved by his bulletproof vest. He was put on disability and retired from the force in 1988.

For a certain generation, and for a few that followed, Eddie Haskell was seared into brains of TV watchers. There were only a few channels when “Leave it to Beaver” and even through the 70s when it still repeated in reruns. For years a rumor circulated that Osmond was indeed rocker Alice Cooper but it was the same kind of urban myth that started about Beaver, actor Larry Mathers, died in Vietnam. There was no internet then. These stories, like Paul McCartney being dead, were rampant and all disproved at some point.

Ken Osmond probably suffered from the same syndrome that affects most actors who portray quirky second bananas on TV since it began. Whether it’s Eddie Haskell or Kramer or Horschak on “Welcome Back, Kotter,” they’re typed for life in that role. But it just shows you how good they were, how convincing, and memorable.

PS If you look at “Leave it to Beaver” now you will see that Barbara Billingsley– who went on to cult status in the movie “Airplane”–and Hugh Beaumont– were incredibly sarcastic most of the time. It’s nice to know, looking back, they were in on the joke.