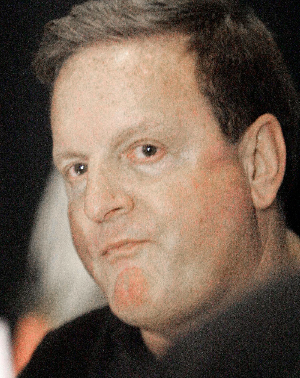 The Kingdom of Saudi Arabia is investing in Hollywood as it’s falling apart. They’ve put a chunk of money–$500 million– into Live Nation and they’re on the move.

But the Saudis are not alone having enthusiastic dreams for .

Sources say that American billionaire Ron Burkle is looking to increase his holdings, and soon. Like right now. I am told that Burkle, already a key player in many Hollywood situations– including LBI, Rick Yorn’s management company with clients like Martin Scorsese and Leonardo DiCaprio– is on the cusp of taking his Yucaipa Companies on a shopping expedition.

This is timely news since today, Monday, Ari Emanuel’s WME is laying off 20% of its staff. After a failed IPO last year, WME is carrying a huge debt.

Burkle, however, has no debt. Anywhere. He is debt-free and well capitalized. And he has the advantage of being a blue blooded American. Said one insider, “Do you really want to be in bed with the Saudis?”

Burkle is looking for talent agencies, management companies, anything that would be a good fit. Even in the current social distancing environment, he believes in the live performance. He already has stakes in live event companies, like Danny Wimmer Presents, and Artist Group International, which books tours for the likes of Rod Stewart, Elvis Costello, and Billy Joel, among others.

A few months ago, the Hollywood Reporter claimed that Yorn was unhappy with his Burkle deal because he worried LBI was going to be combined with other entities Burkle had invested in or was courting. I asked Burkle’s major domo, Frankie Quintero, about. “Nothing could be further from the truth,” he said.

Yucaipa’s entertainment holdings are highly liquid and debt free, says Quintero. But this is not going to be supermarket sweep. (Burkle’s fortune started with the supermarket business, where he’s been wildly successful not only staying in, but getting out of, certain relationships.) “We have a big checkbook,” says Quintero, “but there’s more of an art to it.” Burkle has certainly shown that artfulness in the way he’s handled the Soho House chain of private clubs. He’s been incredibly adroit as the major investor in the business created by Nick Jones.

Quintero indicated to me that Burkle will make moves over the next 90 days that will result in strategic investments.

All of this news comes as WME (William Morris Endeavor) saw its S&P Global Ratings slashed on April 14th. WME, which has $4.6 billion in debt, has been reduced to the middle of the junk bond range. According to reports, they’re trying to raise $250 million by June in order to fund daily operational duties like paying rent and payroll. Other agencies are in similar trouble.

The lingering financial problems have been crystallized by a halt in all Hollywood production for the last 2 months. No deals are being made, no movies or TV shows are shooting, and no one seems to know when they will start again. UTA, United Talent Agency, just last Monday invoked painful furloughs, layoffs, and salary cuts.