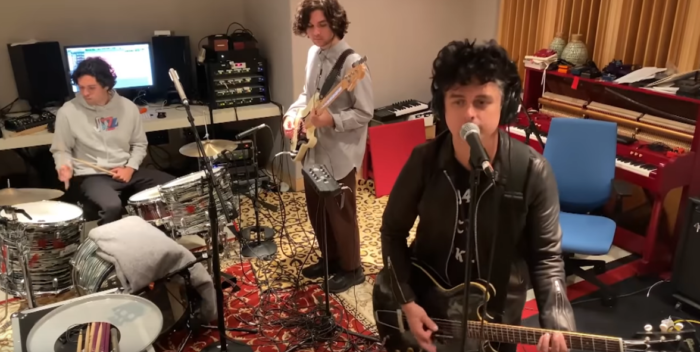 Green Day’s Billie Joe Armstrong has already conquered Broadway with his musical, “American Idiot.” Now he wants to be Victor Newman. Armstrong told James Corden on last night’s “Late Late Show” that he wants to be on the CBS soap “The Young and the Restless” or “on a soap opera.” Corden offered to set him up on the show, which films for now in the same building. Armstrong also plays Tommy James and the Shondells’ “I Think We’re Alone Now” with his sons. The boys look younger than him, which is weird, but no weirder than anything else these days.