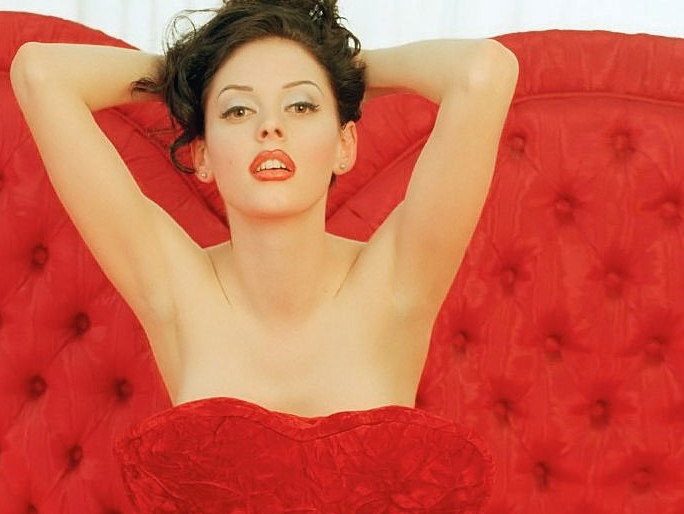 Nature abhors a vacuum. Now that scientists want to demote Pluto (poor Pluto) from planet to something else, we need a new 9th planet. That’s where Rose McGowan comes in. Actress, activist, Harvey Weinstein accuser, McGowan has made her first music album and called it “Planet 9.” We’ll get to hear it on Friday. Rose blogged about it today. Will Rose become a rock star? You know, she already is in so many ways.

The album will be available on digital platforms and 20 percent of all sales on Bandcamp will benefit COVID-19 relief.

Here’s what she wrote:

I’m Rose McGowan and for a long time, I worked in a strange place called Hollywood. Being an actress was my day job, but behind the scenes I was honing my skills as a multi-media artist, writer and thought leader. After realizing I’d worked on sets for over 57,000 hours, I knew it was time to assert my own voice, so I directed a short film called Dawn which was nominated for the Sundance Grand Jury Prize. After “Dawn,” I began a three-year writing project, my book, Brave. While writing about my life and thoughts on society, I needed to create art that would be soothing. I’d always loved using my voice, it was my favorite part of performing.

When I was a small child going through tough times, I created a utopian world in my mind and I named it Planet 9. I felt safe on this invented planet of mine. I also used to wonder what sounds existed on my planet. As life went on, I forgot about how special my planet was, I forgot I could go there in times of trouble. Six years ago, astronomers found a new planet they named Planet 9 — it’s the new planet that demoted Pluto to a star. Holy s—! They found my Planet 9! Around the same time, I met some French electronic musicians, and I decided to make music that has the power to lift your spirit. I know this, art heals. Planet 9 takes you on a very special journey. I am not trying to be a pop star, I will not be performing this album. By using my knowledge of cinema sound design, I carefully created the sounds and words for a better place, an unknown world in our own mind that we can all travel to. Planet 9 is an artistic endeavor that I hope will help others meditate in a unique way.