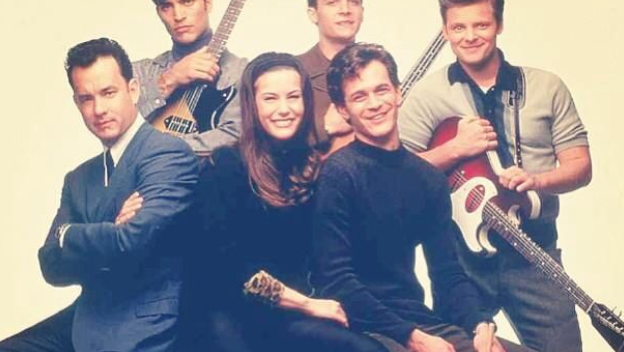 Liv Tyler is on  a roll.

The star of “Lord of the Rings” and many other hit films was just renewed for her second season of “Lone Star 911” on Fox. The spin off of “Rescue 911” co-stars Rob Lowe and has turned into a ratings grabber.

Now Liv will join her 1993 co-stars from Tom Hanks’s “That Thing You Do!” in a reunion honoring songwriter Adam Schlesinger. Adam died April 1st from coronavirus. He was the leader of Fountains of Wayne and wrote many hits (“Stacy’s Mom”) including the title song from the Hanks film.

Co-star Ethan Embry says on Twitter the whole fictional band, The One-ders, are reuniting, Tyler will be there, and I’m sure Hanks will make an appearance. After hosting “SNL” this past weekend via remote from home, Hanks– who has survived the virus– will surely honor Schlesinger.

Congrats to Liv, who did the tricky thing of taking a break after her much applauded run in HBO’s “The Leftovers” to have two more children. (She already had son, Milo, who’s 15.) Her parents, Steven Tyler and Bebe Buell, are very proud.

DETAILS!
This Friday April 17th, 7pmEST/4pmPST the One’ders are reuniting FOR THE VERY FIRST TIME for a community watch party of That Thing You Do! We’re gonna have the WHOLE band AND @LivTyler + a few other surprise guests live stream a commentary to raise funds for @MusiCares!! pic.twitter.com/xqVqHeEHya