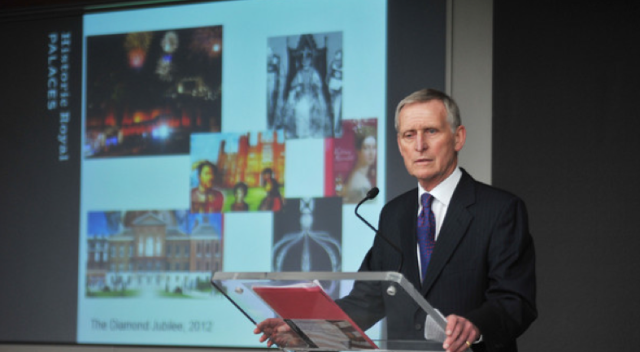 I may not be able to sleep tonight. Two incredible men of more value than Donald Trump could ever be, have died as a result of the corona virus.

William Helmreich, eulogized in the NY Times tonight, was a writer, philosopher, and scholar. He was our cantor in Connecticut on the high holidays for many years. He was only 74, and this is such a tragedy. You can read about him here. My family and all of the members of B’nai Torah in Trumbull, Connecticut send condolences to his family.

Just as terrible is the passing in London of a dear, dear friend, a wonderful man named Terry Mansfield, longtime President and CEO of the National Magazine Company Ltd., Hearst’s International Publishing Arm in the U.K. Terry was awarded Britain’s royal CBE in 2002 for his service to the magazine industry and was the first non-American to serve on Hearst’s board of directors.

How did I know Terry? Many readers of this column may recall the saga of Iris Sawyer, a brilliant woman who was ostracized by New York “society” after she had an affair with the late and very evil Thomas Kempner. Nan Kempner, described as the “social x ray” in Tom Wolfe’s “Bonfire of the Vanities,” made her life a living hell and reduced her to homelessness.

Iris started her own jewelry business and went to London, where she sold expensive pieces to very interesting people. One of them introduced her to Terry, who bought some baubles from her and was intrigued by Iris’s mind. They were totally platonic friends. But Terry saw the gem of a person Iris was, and immediately got how the Kempners had worked to destroy her. Even though he was in London, Terry remained Iris’s stalwart champion.

In the last couple of years when Iris was ill and living in a nursing home on the Upper West Side, Terry interrupted his business meetings to come see Iris at the home. He didn’t have to do this. He was so solicitous and supportive, he was remarkable. Plus, over the last decade he and I became phone pals concerning Iris. Then he would be infallibly interested in my career, and what I was doing.

Erudite, so well spoken, but a real, very genuine person, full of grace. He reminded me a lot of Harry Evans. I often thought I should introduce them. Terry was just brilliant. I doubt he was respected by the new, awful people who run Hearst, but that didn’t matter. He was from a time when ideas mattered. That time is over.

To Terry’s family in London: please accept my condolences. He loved all of you and spoke of you all the time, particularly wife, Helen. For Terry and for William Helmreich, we are so sorry. This was not the way you should have left us. To Terry, I know you’ll see Iris Sawyer in heaven this week, give her my regards. We don’t forget.