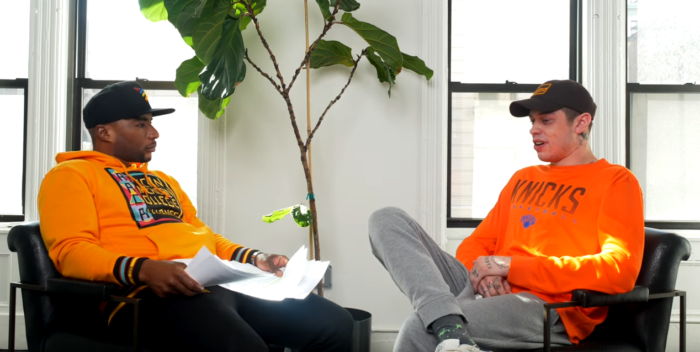 Davidson was in the opening credits but clearly not on the show tonight. He wasn’t even on stage at the end.

It’s just about 10 days since Davidson gave an interview in which he slagged off the cast and said he was probably leaving the show.

Oddly, last week– right after the interview– he turned up in bunch of sketches on the show hosted by John Mulaney. But Mulaney and Davidson are pals, so that might have had something do with it.

Davidson’s absence is glaring because he has a movie debuting next week on Hulu called “Big Time Adolescence.”  He also has a feature film coming in June.

But Pete’s time at “SNL” may be at an end. In the interview with Charlamagne Tha God he said he’s ready to quit the show because he believes his cast mates think he’s “f–king dumb … I don’t know … if I’m the joke or I’m in on the joke.”

Now the joke may be on him.

Otherwise “SNL” was pretty good tonight. Musical guest The Weeknd was excellent. Guest host Daniel Craig parodied himself as James Bond losing it in a casino, also very funny. But the best part of the show was the cold opening with Kate McKinnon as Laura Ingraham and as Elizabeth Warren. The latter Senator appeared as herself.