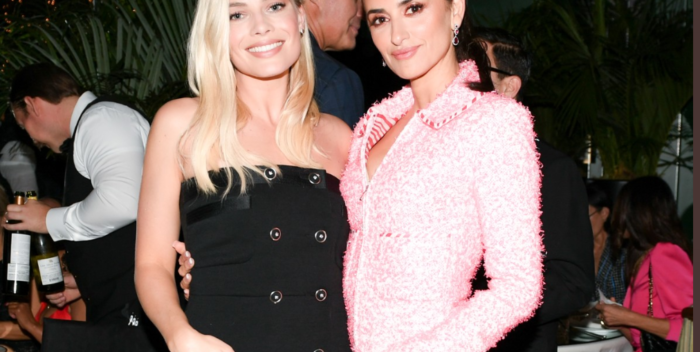 UPDATED to reflect this Sat scoop: Meanwhile, David O. Russell — director of “Silver Linings Playbook” and “The Fighter” among many fine films — told me he’s starting a new one in March for New Regency. No title yet, and he’s holding off on the plot line. Christian Bale and Margot Robbie will star in it.

If you wanted to experience a Vanity Fair Oscar party without the hundreds of advertising executives as extras, the place to be last night was the Beverly Hills Hotel.

That’s where fashion design house Chanel put on the dog, so to speak, with an “intimate”  A list dinner full of celebrities packed into the famous Polo Lounge. British PR man Charles Finch, whose father was the great “Network” actor Peter Finch, hosted the proceedings.

De Niro and Keitel stayed just for cocktails. They were needed for a hush hush Netflix party at Craigs on Melrose. No sign of Martin Scorsese there, it’s possible the director of “The Irishman” hasn’t come west this weekend.

Demi Moore was glowing because everyone was coming up and praising her for her recent best selling memoir. She also looked like a million bucks. Demi is now preparing for the fall 2020 release of the paperback, and considering adding an updated chapter. I hope she does! I’m a big Demi fan, I just think she’s terrific. Her next film outing had better include some comedy– she has great chops, as they say!

Penelope Cruz, in hot pink, is making a rare visit to LA from Madrid, where she and Javier Bardem are busy raising their little Leo and Luna. Time flies– the kids are respectively 9 and 6 years old!

And where were all the Oscar nominees? In bed early, I should think!

For Finch, it was a bookended week as he threw a similar fest with Chanel in London last Saturday before the BAFTA awards. Coco Chanel would be proud her name still draws the fireflies!