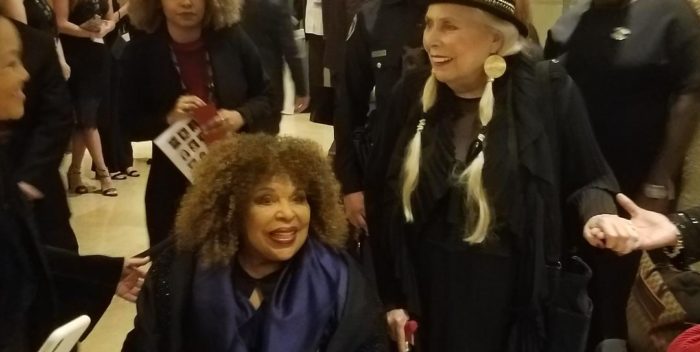 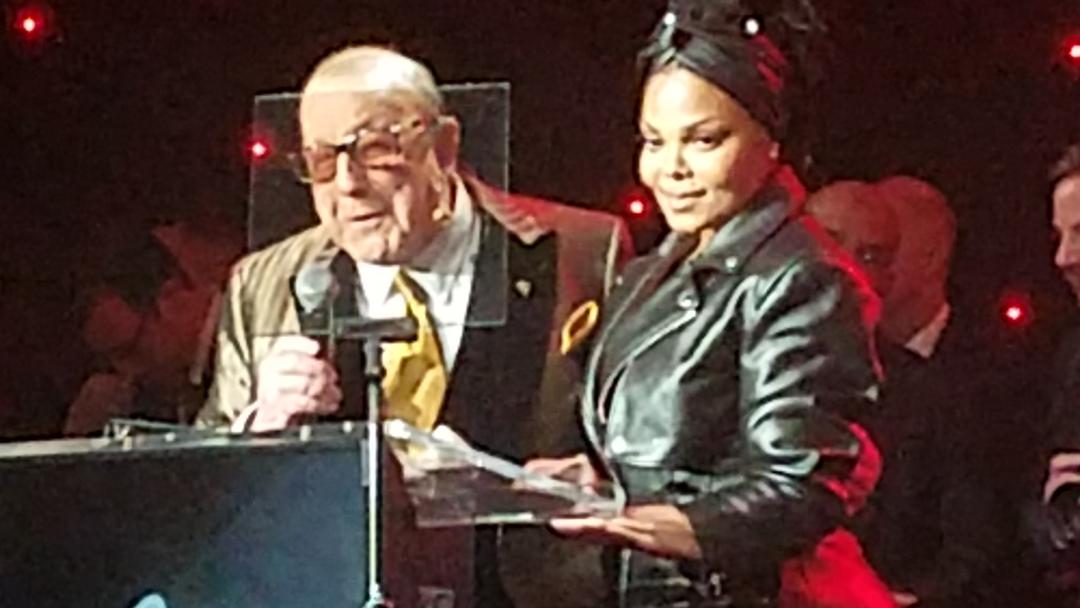 The Grammys are in disarray, the Recording Academy is dealing with scandal, but Clive Davis’s famous annual all star pre-Grammy gala went on last night as if there were  no problems in the world. Nancy Pelosi, back from a short trip abroad, got a standing ovation and cheers. I would say she was a rock star last night, among rock stars. She received a huge standing ovation.

Both Sean Puffy Combs and Janet Jackson were honored, hundreds of celebrities showed up in the audience, and the on stage entertainment was, as Clive would say, “off the hook.”

The Beverly Hilton ballroom was packed, as it is every year at this event, with so many recognizable faces from disciplines: music, movies, sports, government. The build up of excitement begins at the front entrances, which are divided between regular people, regular celebrities, industry people, and the red carpet. It’s hard to know where to look first. And kind of outstanding because I saw Barbra Streisand’s manager of 50 years, Marty Erlichman; Peter Asher,famed pop star, manager and record producer of James Taylor and Linda Ronstadt; Janet Jackson’s record producer Jimmy Jam Harris, wife Lisa and their daughter, songwriters Diane Warren and Paul Williams; talk show host Tamron Hall, NY news personality Rosanna Scotto.

And then of course, there’s Kathie Lee Gifford, radiant, glowing, telling me all about living in Nashville and planning both of her kids’ weddings this year. Producer Narada Michael Walden reminisced about Aretha, Whitney, and Mariah. Produce Jay Landers told me about two hush hush albums he’s made, which I’m sworn to secrecy on– duets albums by great stars, but no, not Barbra Streisand.

Two legendary ladies nearly collided in the hotel lobby: Roberta Flack and Joni Mitchell. Then Joni left, Usher arrived, and took more pictures with Roberta, who will be honored tomorrow with a Lifetime Achievement Award.

And I got to meet Lana del Rey, and tell her how much I loved “Norman F—ing Rockwell.” She is just lovely, and now I’m sorry I never spoke to her before.

And then there was Clive, almost 88, resplendent in a black and white tuxedo jacket made for him by Giorgio Armani, being introduced by Berry Gordy (90) and welcoming from the stage Clarence Avant, the “black Godfather,” himself 88. He called out Quincy Jones, almost 86, who made it through the whole night. Clive still has unbridled enthusiasm about people in the same room, meeting, schmoozing, reuniting, reigniting this community over which he unofficially reigns. It’s an extraordinary snapshot of the culture, devoid of color or gender or class. Maybe anthropologists will study these parties years from now. Nothing else like them exists.

It was a whirlwind of a night, keep refreshing for more later today…