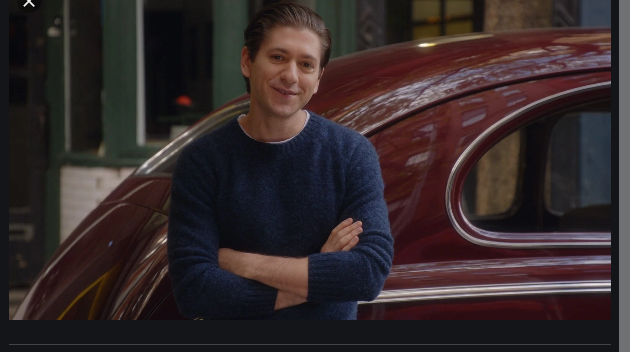 EXCLUSIVE Guess who wants to build a 244 foot tall, 21 story skyscraper in the middle of landmarked Greenwich Village? Why, the real life brothers of The Marvelous “Mister Maisel,” Josh and Marc Zegen.

The Zegens own a real estate development company called Madison Realty Capital. They’ve applied to the Landmarks Commission to demolish two small historic structures at Fifth Avenue and 8th St. and replace them with a luxury tower. The Zegens bought the buildings a couple of years ago and emptied the affordable rental apartments. They would be replaced with apartments for billionaires. 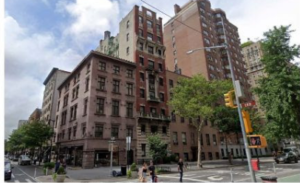 This might not amuse Joel Maisel, whom their brother, Michael Zegen, plays on the Amazon TV series. It would definitely raise the ire of Joel’s TV wife, Midge (Rachel Brosnahan), and her father, Abe Weissman (Tony Shalhoub). “The Marvelous Mrs. Maisel” celebrates New York and the Village, especially.

Tomorrow, Friday, at 11:30am there will be a rally in front of the buildings to stop the Zegens. Borough President Gale Brewer, City Council Speaker Corey Johnson, State Senator Brad Hoylman, Assemblymember Deborah Glick, Historic Districts Council, and Village Independent Democrats will be out in force. Lenny Bruce’s spirit may be invoked if things get heated.

The Zegens — according to a release — want to “demolish this 20-unit 1848 building located in the Greenwich Village Historic District and replace it with an 18-unit high-rise –four times the height of the existing building, but with less housing! The existing building had at least ten units of affordable rent-stabilized housing, to be replaced by super-luxury units which will no doubt not serve as a primary residence to a single person. The proposed building is 75% taller than the average building on lower Fifth Avenue in the Greenwich Village Historic District and FOUR TIMES the height of the average building on its block. Because it’s located in the Greenwich Village Historic District, the building can ONLY be demolished and replaced if they convince the NYC Landmarks Preservation Commission that14-16 Fifth Avenue hasno historic or architectural significance, and the proposed replacement tower is “appropriate” for the site and the historic district.Village Preservation has complied significant documentation of the historic significance of the building.”