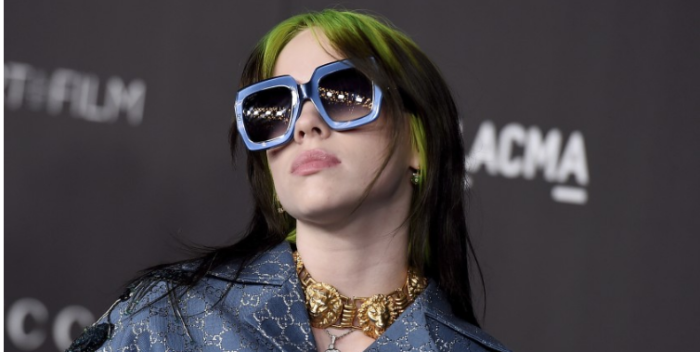 This is no time to be belting out the James Bond theme song, apparently.

Eighteen year old Billie Eilish, an eyelash of a singer, has recorded the theme song to “No Time to Die,” the last Daniel Craig James Bond movie.

Eilish is no Shirley Bassey or Adele, let alone Paul McCartney. Her vocal stylings are a whisper of darkness and cold. This is the way Craig’s Bond will exit.

Her real name is Billie Eilish Pirate Baird O’Connell, and it’s her brother, Finneas, age 22, who writes the songs. She’s up for six Grammy awards later this month. She’s a vegetarian, and says she suffers from Tourette’s Syndrome.

Well, the Bond people want the young audience, so Eilish is the right choice. After all, Adele is 30– way out of their demo. Will Eilish fans flock to “No Time to Die”? They don’t seem likely to be excited about anything. But maybe they will launch off their divans, drop their sunglasses, and head into the Cinemarama. We’ll see.

For your eyes only: