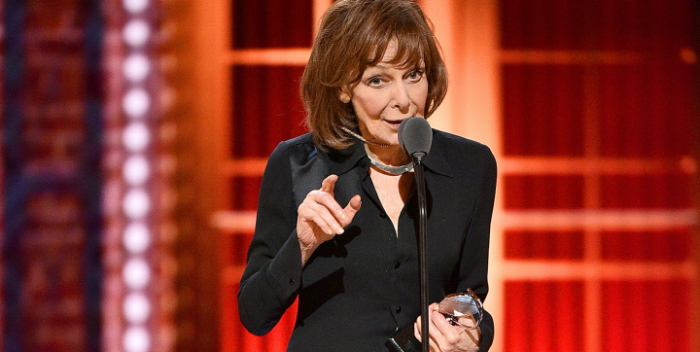 Now I’m told that May will team with a Broadway legend, Frank Langella, for an off Broadway run of A. R. Gurney’s “Love Letters.” Langella is directing. A formal announcement is forthcoming. I hear that rehearsals have already started and tickets will go on sale maybe this week for a start date in early March after the present production, “Paradise Lost” closes February 23rd.

The venue will be the tiny, 199 seat Acorn Theater on West 42nd St. I’m imagining the lines in front of the Acorn of very squirrely people going nuts trying to get inside.

“Love Letters” has had many incarnations on and off Broadway and around the world. Producers lost money on the last Broadway run in 2014, with Mia Farrow and Brian Dennehy, Candice Bergen, and Carol Burnett all rotating in and out.

But a small theater with these two superstars should be a hit. Not only is Elaine Most Wanted, Langella hasn’t been on stage since a short run in 2016 with “The Father” at Manhattan Theater Club. Can’t wait!