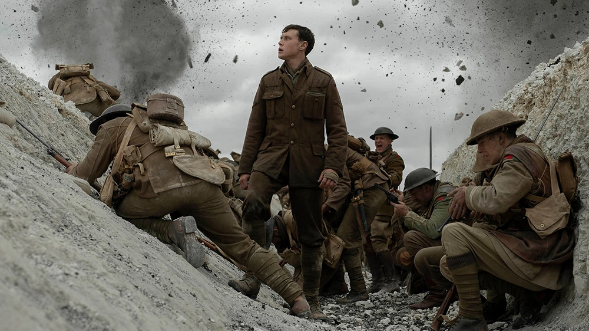 Netflix Movies came to the Golden Globes with the best hand ever: four top notch films that could sweep the show and finally put the streaming platform on a par with the studios. Who could beat The Irishman, Marriage Story, Dolemite, and Two Popes?

Who? Why, the  movie studios, aka the Empire. After taking a beating public relations wise, with everyone declaring streaming will kill the box office, Universal, Paramount, Warner Bros, and Columbia Pictures roared back into prominence. They won all the major awards on the movie side of the Globes giving in only to the beloved Laura Dern of “Marriage Story” as best supporting actress.

Otherwise, it was all about the studios. Universal clinched best picture/drama and director for “1917,” Columbia got best picture/comedy and screenplay and best supporting actor for “Once Upon a Time in Hollywood.” Warner Bros. took best actor and best score. The outlier was Best actress, which went to an independent movie company.

Netflix also suffered on the TV side. Best drama and limited dramatic series went to HBO, which came back with a vengeance last night. Their party was super cool, too, despite a weird advance attack from the NY Post.  And Amazon, which didn’t want press at any parties and can’t get arrested on the movie side, won Best TV comedy for the now-completed and never to return “Fleabag.” (That’s another story.)

Netflix won’t take this lying down. Particularly with “The Irishman,” it’s rather stunning that Martin Scorsese’s masterpiece got nothing. It will be interesting to see how they regroup. Meanwhile, Oscar ballots must be returned by tomorrow at 5pm Pacific time.

BEST ACTRESS – MUSICAL OR COMEDY
Awkwafina, The Farewell (A24)

BEST SCREENPLAY
Once Upon A Time In Hollywood (Sony Pictures)