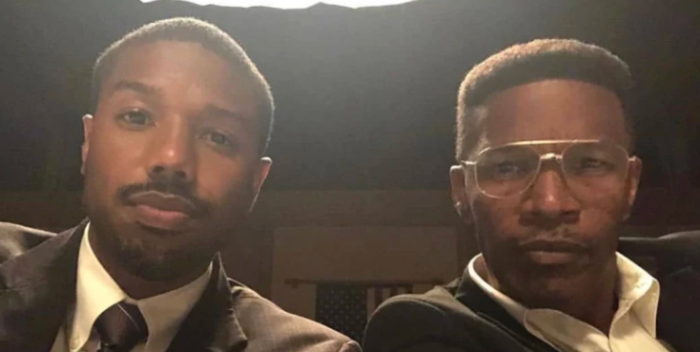 Warner Bros. hasn’t had an easy time this year trying to break adult-oriented films. Several of them collapsed quickly and disappeared, from “The Goldfinch” to “Blinded by the Light.” (Does anyone even remember “The Good Liar”?) For some reason, none of them found audiences. Warner’s biggest successes were with “Joker” (part of the DC Universe) , and “It: Chapter Two.”

But people I talk to have little to no idea that these films exist. “Just Mercy,” especially, draws question marks from anyone I’ve mentioned it to. This is crazy. Premiering at the Toronto Film Festival in September to excellent reviews, “Just Mercy” just disappeared from anyone’s radar. The director, Destin Daniel Cretton, also vanished. On the East Coast, at least, he hasn’t been seen at all. Two weeks ago, at a very poorly organized event, the stars came but he was absent, just as he was AWOL at a strange lunch weeks earlier at the Monkey Bar in New York. The reason given was that he was shooting a Marvel movie in Australia. But by the more recent event, he was said to be back in L.A.

As for “Richard Jewell,” this film also had no New York premiere or media. They had their opening in Hollywood, at the American Film Institute festival, which is pretty low key and ineffective at selling movies on nationwide media. There was also a premiere in Atlanta, where the movie takes place. That move only antagonized the Atlanta Journal Constitution, which was already angry about the depiction of one of their reporters. The result is that “Richard Jewell,” like “Just Mercy,” has had to find an audience on its own, through word of mouth. And so it has, chipping away at it day by day.

I did think each of these films would be in the running for Best Picture. In “Jewell,” there are three easy Oscar nominations in Sam Rockwell, Paul Walter Hauser, and Kathy Bates. In “Just Mercy,” Jamie Foxx, Michael B. Jordan, Tim Blake Nelson, and Rob Morgan are powerful presences. Brie Larson put herself in the film to help Cretton, who gave her her big break. Luckily, at least the SAG Awards found Foxx and nominated him. Oscar voters, who will receive ballots on January 2nd, would be wise to watch these films right now and see what they’ve been missing.

PS I don’t know about Los Angeles, but here in New York what we have not had this season are the lunches, dinners, and Q&As that in the past set the tone for smaller movies such as these. There are many reasons, I suppose. But I do think it’s hurt the films and performances by not getting the stories out to the Academy voters, and to the press.