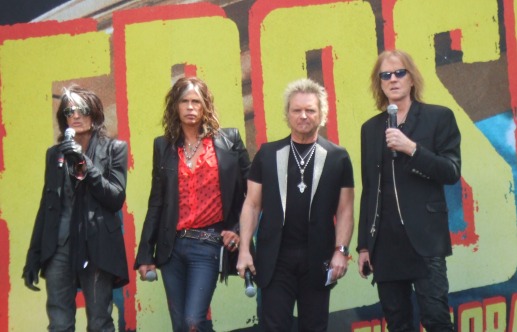 Yes, the Grammy Awards are right around the corner. So, then, too is the MusiCares Person of the Year dinner, this year honoring Aerosmith. The show is on January 24, 2020 at the LA Convention Center.

As usual, Greg Phillinganes will lead the A list band. And, of course, Aerosmith themselves– or itself– will likely perform one or two numbers. It should be quite a night.

MusiCares is the most important charity in the music and record business, bringing help to musicians who are down on their luck or in need of medical help including substance abuse and alcoholism. It’s a remarkable service because most of the musicians who play on our favorite records don’t have proper insurance or a financial net.