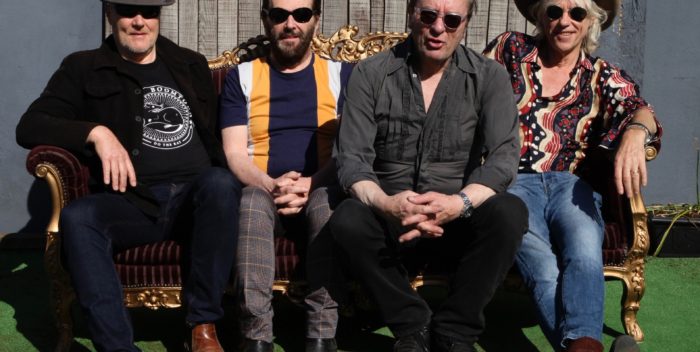 Sir Bob Geldof is back in circulation. On Monday he aced performances at Sting’s Rainforest concert with his big Boomtown Rats hit, “I Don’t Like Mondays” and Elvis Costello’s Nick Lowe anthem, “What’s So Funny About Peace, Love and Understanding.”

Now we see why Geldof is ginned up. He’s got his first Boomtown Rats album in 36 years, called “Citizens of Boomtown.” It’s released in March 2020 on BMG Records. Produced by Rats bassist Pete Briquette, it will be available on digital platforms, CD and vinyl. The first single ‘Trash Glam Baby’, a beautifully sleazy rocker, will be released on January 10, 2020. The Rats consist of Bob Geldof on vocals, Pete Briquette on bass, Simon Crowe on drums and Garry Roberts on guitar. 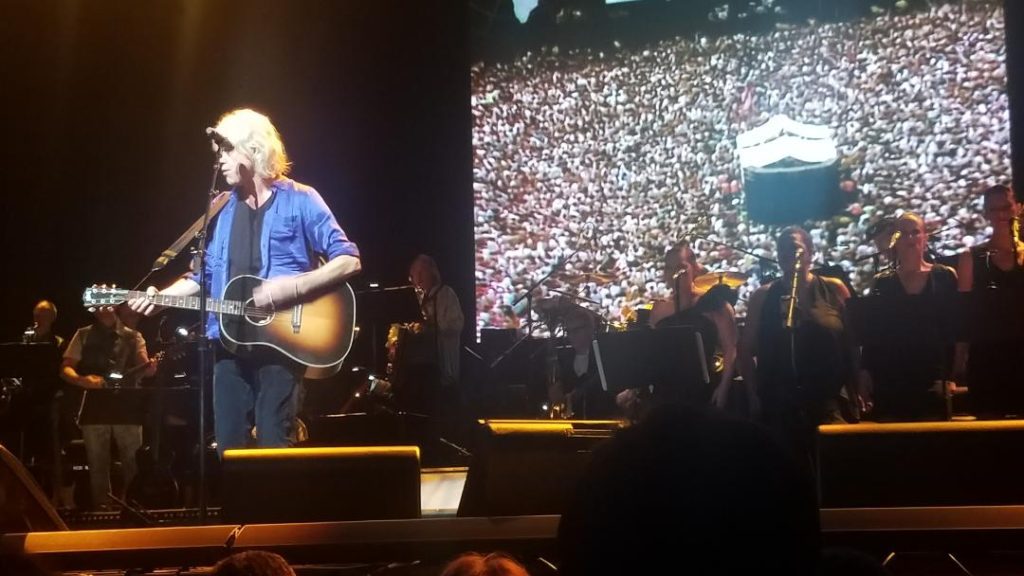 Geldof and the Rats were right in the middle of the Punk/New Wave movement late 70s, early 80s. They hit their peak with the very prescient “I Don’t Like Mondays,” a song about a girl who shot up her school. It was based on a real story then– in January 1979, 16 year old Brenda Spencer said she killed the principal at Grover Cleveland Elementary School in San Diego because she didn’t like Mondays. (She also wounded 8 children and a police officer). It seemed ludicrous at the time. But it became an epidemic all too soon after that.

The Rats had 6 albums, Geldof put out 7 albums but something else happened: Live Aid. Geldof put together the international 1985 weekend concert to stop starvation in Ethiopia, and it became a phenomenon. Suddenly he was the face of rock and roll worldwide philanthropy. He was even knighted by Queen Elizabeth. Thanks to Geldof, unknown millions of lives were probably saved and still are.

But the rocker never goes away. So he’s got a new album, a tour, a book, and a documentary coming. And it’s about time!

“Indeed if anything”, says Geldof “it was time to hear THAT noise again. But I only knew that when I heard this group of individuals re-constitute their specific racket”.

Were they not afraid of a sort of cozy or complacent nostalgia smothering the original vitality of the music?

Geldof responds: “Had that happened I’d have instantly knocked it on the head, but when we played “Someone’s Looking At You’ I found I was singing now about the dangerous corporate surveillance of Facebook, Apple, Google, ever-on “smart’ shit whose product is ‘You’. When we do ‘I Don’t Like Mondays’ I’m thinking of last week’s mass killing. When it’s ‘Banana Republic’, it is now the death of the American Republic. When it’s ‘Rat Trap’, that abattoir I worked in and where I wrote the song, now still serves as a physical metaphor, not just for the death of the animals there, but the hopelessness of the human lives that worked there. It still works for that same reason. There is no nostalgia here. None.”