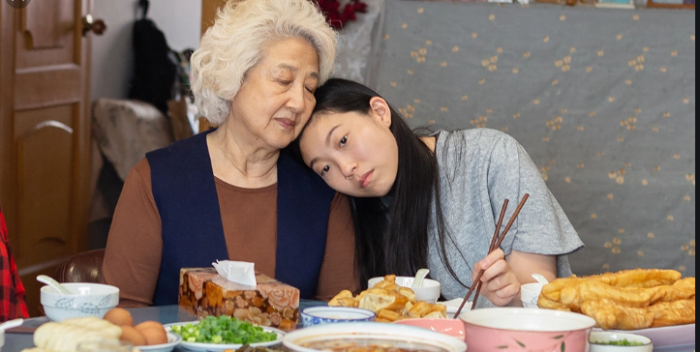 So I’ve finally seen Lulu Wang’s “The Farewell.” Released in July by A24, it’s made just $17.7 million in the US and a paltry $1.9 million abroad for a total of just under $20 million. This despite great reviews and a hot new star in Awkwafina, who made a name for herself in “Crazy Rich Asians.”

This, despite a 99% ranking on Rotten Tomatoes. Yes, ninety-nine percent. You can’t really do better.

If you know movies or are in the business, etc you might know about “The Farewell.” But back when it was opening right after July 4th, there was a minor push for it. I was invited, but couldn’t go, to a Chinese restaurant in Chinatown without any explanation of what “The Farewell” was. Subsequently it had a nice summer run, getting up to 891 theaters around Labor Day. But it had already peaked in early August, making a whopping $969,331 on Saturday the 3rd, and then quickly dissipated.

Last week, I did see a nice article about the woman who plays the grandmother. She speaks no English, could she be an Oscar nominee for best supporting actress? I thought. I’d better see that movie some time.

Luckily, my Critics Choice screener arrived this week, and now, after a lot of hemming and hawing. I’ve watched Lulu Wang’s wonderfully charming, slyly smart movie. It can’t be a foreign film entry because it was made by Americans. Yes, it’s set mostly in China, with Chinese and Japanese actors. But it is what it is.

Let me tell you something: everyone hates Harvey Weinstein now. But in his heyday if he had had a movie like “The Farewell,” Awkwafina would be up for Best Actress, the grandmother actress Shuzhen Zhao  would be in Supporting Actress, Lulu Wang would be in Best Director and Original Screenplay, and Elayna Boynton’s cover version of “Come Healing,” as well as Fredo Viola’s cover of Nilsson’s “Without You” would be playing everywhere. Alex Weston’s score would be the talk of the town.

But now’s a chance for Academy members, SAG-AFTRA voters, etc to see “The Farewell.” It’s available on streaming services, and there are screener DVDs. It seems like the PR machine in general is obsessed with “The Parasite,” but I urge everyone to make “The Farewell” a priority. You won’t be disappointed. The premise is inspired by a true story. A whole Chinese family reunites in China because their grandmother is dying of lung cancer. Only, no one will tell her. So the reunion is based instead on an ambivalent young couple getting married.

Everything is a win for the audience. We’re treated to another culture which turns out to be more similar to our own than we would have guessed, to the struggles accepting aging, families drifting apart, and young people facing the future away from their ethnic homes. Awkwafina is not the glib character from “Crazy Rich Asians,” but much more grounded. All the Chinese actors are lovely. Shuzhen Zhao, whether she gets a nomination or not, is a pleasure. She’s 75 and she’s been acting since she as 16. For us, starting at Sundance last January. she’s an overnight sensation!

And PS, there’s a little twist at the end of “The Farewell,” that no one should give away. But it will make you smile.

By the way, who IS Elayna Boynton and why isn’t she a big star? With all the crap on the radio, this woman remains unknown.

and listen to her sing the Bee Gees’ “To Love Somebody”