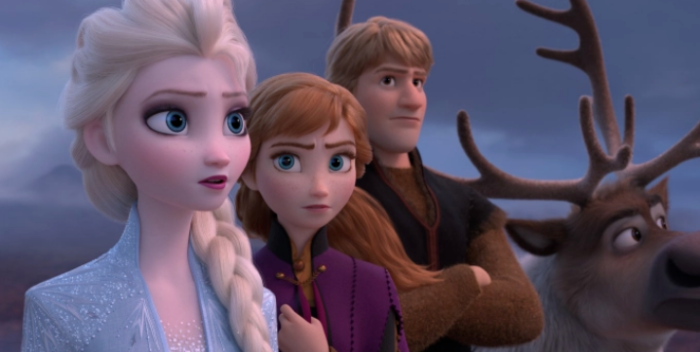 It’s a Frozen day in the neighborhood. That’s because Disney’s “Frozen 2″ opened on Friday with $41.8 million, including Thursday previews. With a big surge on Saturday as kids are parked in theaters all day,”Frozen 2” should make $120 million for the weekend. It’s a franchise, not a movie, and it’s cheaper than baby sitting.

In the real world of cinema, Tom Hanks’s Mister Rogers movie, “A Beautiful Day in the Neighborhood,” opened nicely with just $4.5 million on Friday. This one is a long haul release which will grow with time and awards news. Marielle Heller’s movie is excellent, and deserves a big audience. Let’s let it simmer over the Thanksgiving weekend, etc.

“Charlie’s Angels” is just not attracting any audience. It made $970,000 last night. Total so far $11.7 million. Total write off. Internationally, the total is $33 million. Even foreign audiences don’t know what’s going on.