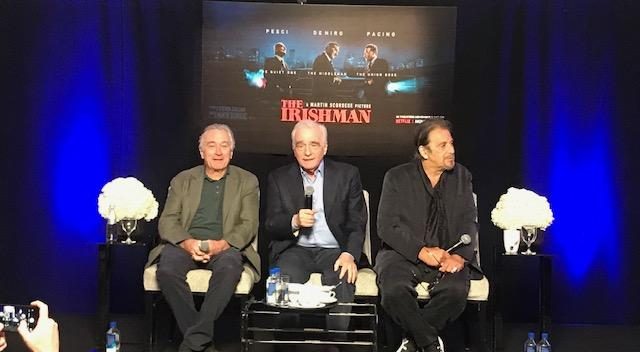 Want to see Martin Scorsese’s “The Irishman”? In Manhattan, at Broadway’s Belasco Theater, the month long screening is such an event that tickets are being scalped on StubHub.com.

Never mind that you can see “The Irishman” at the Landmark 57, and downtown at the IFC Center. Tickets are $17.50 plus tax and service charges.

But everyone wants to go to the Belasco. The New York Times even wrote about it today, about the ornate theater and the special design in the lobby.

What the Times didn’t mention is that Belasco tickcts are very sold out. This past weekend was jammed, and after that word of mouth has done the rest of the job.

So, of course, New Yorkers have turned to Stubhub, the king of the secondary market. For every show, there are a few seats available on their site. The price average is $65, which is high for a movie but low low low for a Broadway show.

At the high end, there’s a center balcony seat this Friday night for $94. Center orchestra seats, which are rare, are running around $100.00.

Mind you, you can still go to the other theaters. This is strictly a Belasco situation. In Hollywood, no tickets have turned up on Stubhub for the run at the American Cinemateque, aka the Egyptian Theater. Angelenos are stubbornly lazy. They will wait for “The Irishman” to hit Netflix before asking their drivers to get out the Maybach and take them downtown for a three-and-a-half hour movie! 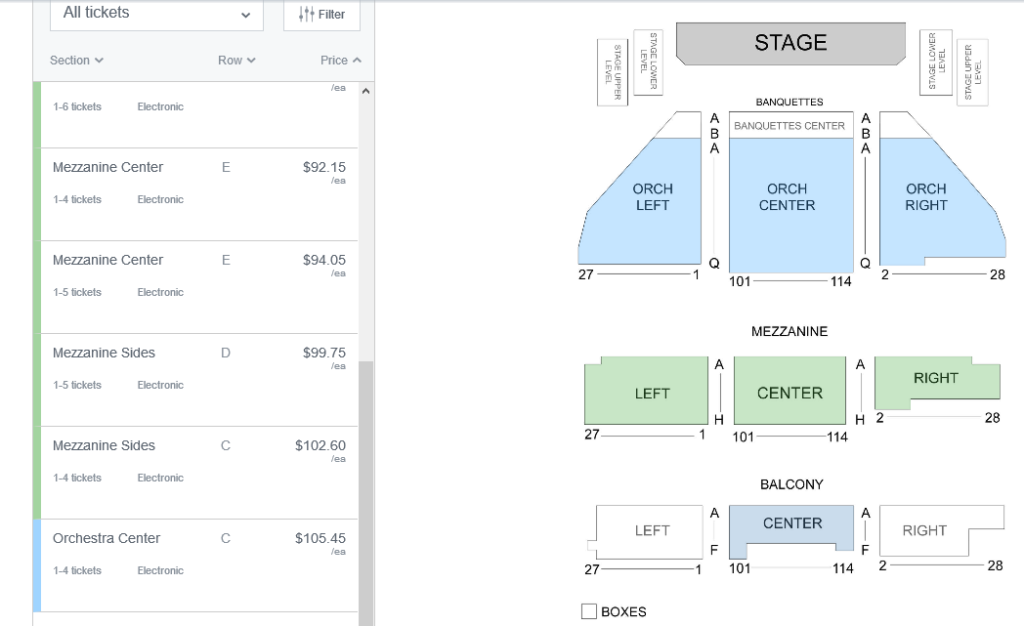