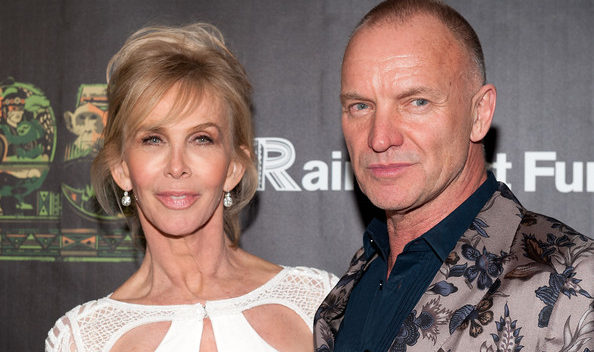 As Tony Stark, Robert Downey, Jr only has to wrangle people like Captain America and the Hulk.

For Sting and Trudie Styler’s 18th Rainforest Foundation concert, Downey will emcee a group that could pulverize the Avengers: Bruce Springsteen, James Taylor, John Mellencamp, Annie Lennox and Dave Stewart of the Eurythmics, plus Shaggy, H.E.R., Ricky Martin, Bob Geldof and MJ Rodriguez. That’s quite a line up.

The show is called “We’ll Be Together,” named for a 1987 Sting hit. The date is December 9th at the Beacon Theater. Tickets for the show will be available beginning at 10 a.m. on Friday, November 1st via Ticketmaster.com and Ticketmaster Charge by Phone. Tickets will also be available at the Madison Square Garden, Radio City Music Hall and Beacon Theatre box office on November 2nd.

This year’s show is on overdrive talent-wise because the Rainforests have been more damaged and threatened than in recent years. Severe fires, unattended by Brazilian president Jair Bolsonaro, brought new attention to the urgency to keep the Rainforests protected. Founded in 1989 by Sting and his wife Trudie Styler, the Rainforest Fund aims to protect the world’s rainforests and defend the human rights of the indigenous peoples who live there. “With the Amazon blighted by fire this summer, and a real and growing awareness of climate change, there has never been a more important or more opportune moment to fight to protect our forests,” Styler said in a statement. “All life on earth depends on their survival.”