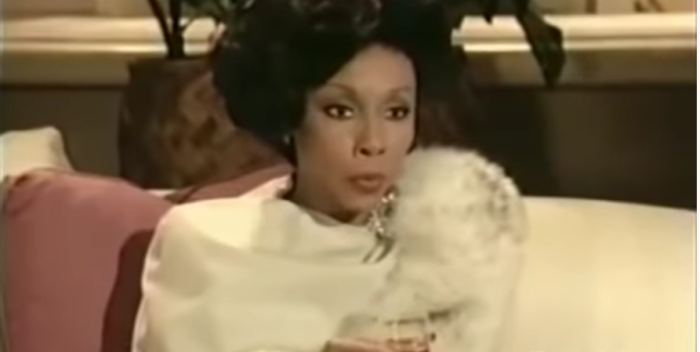 When Joan Collins starred as Alexis on “Dynasty” in the 1980s, she and Diahann Carroll– who played Dominique– really went at it. (Well, Alexis went at it with everyone, really!)  So I asked the amazing Joan to say something about her friend who died this week at age 84.

Joan wrote back” “I was devastated to hear of the death of my good friend Diahann. She loved referring to herself as ‘the first black b**** on TV” and when we did our spectacular fight scenes, we could never stop laughing. She was beautiful, had a great sense of humour, was extremely chic and loved the dressing up box as much as I did.”