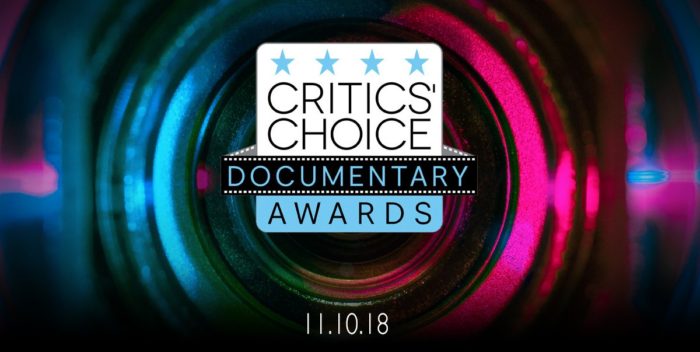 The Critics Choice Lifetime Achievement Award has been named for the late DA Pennebaker, who passed away August 1st at age 94. The Pennebaker Award is the new name.

Pennebaker and his wife Chris Hegedus were the first winners of the Critics Choice Documentary Lifetime Achievement Award a few years ago. This year’s honoree, at Chris’s suggestion, is Frederick Wiseman. The awards are given out in November in Brooklyn at the BRIC center near the Brooklyn Academy of Music.

I have to thank Critics Choice’s Joey Berlin for bestowing this honor on my late friend and mentor, Penny (as he was known to family and friends). Shortly after Penny passed away, suddenly, I asked Joey if Critics Choice could name an award for him. After checking with Chris, he swept in action and came up with this terrific idea.

Penny and Wiseman were colleagues, competitors, and friends. I often heard Penny bestow lavish praise on Wiseman’s work. I know he’d be pleased that he’s the first recipient of an award named for him.

Penny and Chris are no strangers to awards. They were nominated for an Oscar in 1992 for “The War Room.” They won an Emmy for their Elaine Stritch HBO doc, “At Liberty.” Penny was the first documentary filmmaker to receive the first Lifetime Achievement Award from the Academy in 2012.

By the way, Pennebaker Hegedus Films continues and thrives under the leadership of Penny’s son, Frazer Pennebaker, and his widow, filmmaker Chris Hegedus. New generations of Pennebakers are making films as we speak. Another son, Jojo Pennebaker, filmed 35 episodes of “Live from the Artists’ Den and has a film called “3 Days, 2 Nights” playing at the Hamptons Film Festival next month. Hegedus just helped on the making of “Cracked Up” and has several projects coming up. Meanwhile, new docs about Depeche Mode, David Bowie, and so on feature precious footage from the amazing Pennebaker archives.