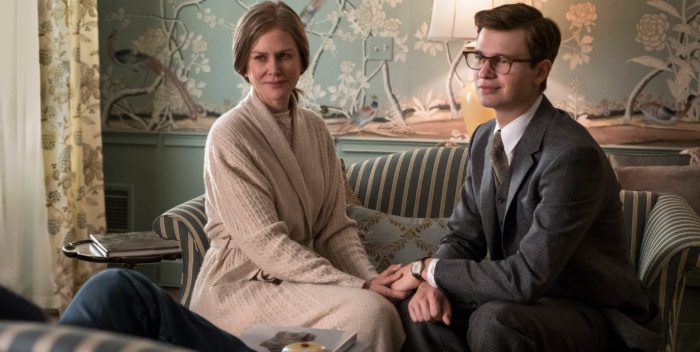 The all star adaptation of Donna Tartt’s beloved and best selling novel cost between $40 and $50 million. The weekend take should be $2 million if they’re lucky.

Warner’s also has the monster hit, “It: Chapter Two,” which will be followed by “Joker.” So they’re okay. But “Goldfinch” would have nice for awards season. The good news is that “Goldfriend” is really a movie from Amazon Studios, which Warner’s distributed. They didn’t make it. So don’t blame them!

What a pedigree, too! Directed by John Crowley, cinematography by Roger Deakins. with Nicole Kidman, Ansel Elgort, Sarah Paulson, Jeffrey Wright star in the film about an art theft.

But everything went wrong. For Kidman, who got good notices in the film, it’s a disappointment, too. She already had a big hit this year with “The Upside,” which made over $100 million. Again, you win some, you lose some.

Even though it wasn’t their movie, Warner’s might be jumpy about “Goldfinch” since its star, Elgort, is filming Steven Spielberg’s “West Side Story” right now. But it’s not the actor, it’s the material. I think Elgort will soar as Tony in the updated musical.