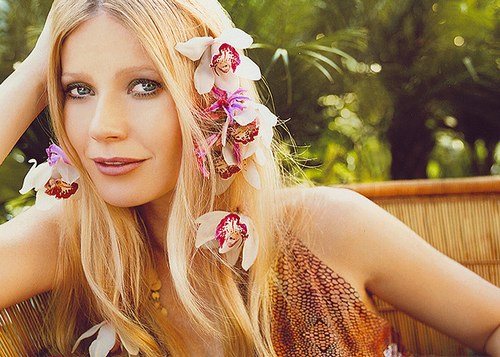 Gwyneth Paltrow’s participation in the downfall of Harvey Weinstein is not a surprise. She’s been plotting the former movie mogul’s demise for years, at least since 2003. Back then I wrote about the very odd premiere screening of “Sylvia,” her biopic of Sylvia Plath, released by the old Focus Films. The screening was held in Weinstein’s screening room at 375 Greenwich Street, even though the movie was from a rival studio. It made no sense and seemed like a slap in the face to the man who’d brought her to fame and engineered an Oscar for her.

Paltrow made odd, provocative remarks before the film showed, clearly aimed at Weinstein. Then, while the movie played, fire alarms and sirens went off in the theater– this is not normal. I can’t remember a time when a screening was so disrupted. We thought then that it was not an accident.

After Paltrow won the Oscar for “Shakespeare in Love,” she made several films for Harvey Weinstein. Miramax had many, many parties over those years, including after the Oscars, Golden Globes, and so on. Paltrow almost never attended them, maybe just for a photo op. We never understood why she was absent, and not supporting the man who’d been so integral to her career. Now we know, she had her reasons.

Paltrow came to prominence at Miramax with the movie “Emma,” won an Oscar for “Shakespeare in Love,” and has starred in several of their features including “The Talented Mr. Ripley,” “Sliding Doors,” “Bounce” and “The Pallbearer.” Insiders say she was paid a small fortune by the company last year to star in the ill-fated comedy “A View From the Top.” She’s currently filming the Broadway hit, “Proof,” for them in London.

But that didn’t stop her from knocking the company in a speech before the 60 invited guests.

“I just want to say that Focus Features is the best place in the world to make movies,” she declared while introducing the film. “They really care about the creative process. And I don’t care what [expletive] building we’re in.”

Paltrow also said that “Sylvia” was the best project she’d ever worked on. With that she said she had to leave for London and miss the after-party at Soho House to appear in front a press junket.

Her comments were not the only disruptive moment during the evening, though. In a kind of karmic message, the fire alarm in the screening room went off twice toward the end of the film just as Plath is preparing to end her life. This entailed not only an alarm sounding, but a strobe light that no one knew how to disable.

After the screening, I asked producer Alison Owen — who is also working on “Proof” — what Paltrow meant by her remarks. I thought perhaps Miramax had passed on “Sylvia” when it was in the development stage.

“You’ll have to ask her, won’t you?” replied the blonde, British producer. Unfortunately, Paltrow was whisking her way across the pond by then.

PS “Proof,” which was excellent and should have been an awards movie, was dumped instead, no effort made to promote it. It was the last movie Paltrow filmed for Weinstein at Miramax. And she never, ever returned to make a movie for the subsequent Weinstein Company.