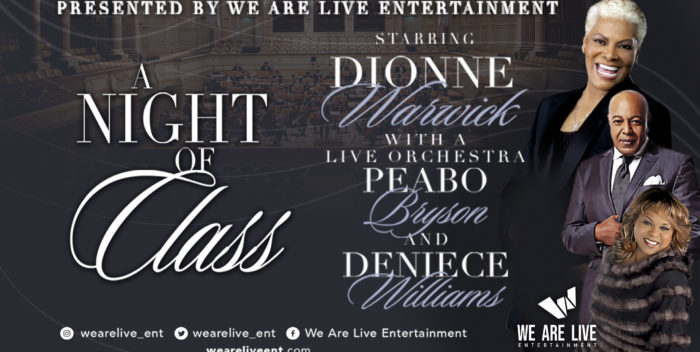 According to a press release, the cancellation is because in Atlanta the promoter says he and his staff received “racist and homophobic” threats on August 23rd at Atlanta’s Fox Theater. But that show took place and so did one the next day in Washington, DC.

The New York shows were supposed to be at Manhattan’s Beacon Theater, and Brooklyn’s Kings Theater. There was another show also in Virginia. There were no threats at those theaters, yet these shows are cancelled.

This is in 2019, and the performers aren’t rap stars. They’re middle of the road veterans, with no enemies and just a love of good will from a substantially older crowd.

If you think this sounds suspicious, you’re right. The promoter, whose name was left out of the press release, is one Leonard Rowe, former partner and cohort of the late Joseph Jackson. Leonard Rowe has a sketchy career, to say the least, promoting shows. In 2009, just before Michael Jackson launched the sale of tickets for his London shows, Rowe and Jackson actually called this reporter to enlist my help in a scheme. They felt they should be producing Michael Jackson in London, not AEG Live. I pretty much hung up on on them.

Rowe has a long, questionable history in the music business. On Twitter, he’s been attacking a lawyer — in capital-lettered Tweets no less–with whom he’s in a lawsuit. Back in that time right after Michael died, he was at the center of a huge lawsuit over the concerts that never happened. His company then was called AllGood Entertainment. Rowe has also spent time in prison– 114 days in prison in 2015, but also Rowe spent time in federal prison in the early 90’s for being convicted of wire fraud for his role in the cashing of a fraudulent insurance check. He has had multiple arrests for writing bad checks.

I don’t know how well attended these shows were in Atlanta and DC. But I’d like to know what the advance ticket sales were for New York and Brooklyn, and if the performers have been paid.